A look at Syria’s conflict, as mutual enemies close in on IS 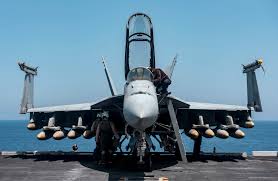 BEIRUT (AP) — The Islamic State group is in retreat across Syria and Iraq, and the contours of a new conflict among the array of parties battling it are already starting to appear.

The U.S. military shot down a Syrian government warplane on Sunday, saying it had targeted an American-allied Kurdish force that is battling the extremists in their de facto capital, Raqqa. That led Russia, a close ally of Syrian President Bashar Assad, to warn that it would target U.S.-led coalition planes flying west of the Euphrates River.

Another front is shaping up on the ground below, with Assad’s forces, which are also battling the Islamic State group, reaching the Iraqi border in the distant east. There they appear set to link up with Iranian-backed militias, establishing a vital land corridor from Damascus to Tehran.

The latest events are unfolding in Syria’s remote east, far from the main battles of the civil war, which is still raging despite a largely ignored “de-escalation” plan brokered by Russia, Iran and Turkey.

Here’s a look at where things stand for the conflict’s main players.

He has survived six years of war and largely defeated the uprising against his family’s four-decade rule. Now in control of Syria’s five largest cities, Assad is eyeing Deir el-Zour in the east, which has been besieged by IS since 2014.

Retaking Deir el-Zour would help Assad secure access to natural gas and mineral resources, and open a potentially lucrative corridor to nearby Iraq. But the drive toward the border has already brought him into conflict with U.S.-backed opposition forces to the south and east.

No country has invested more in Assad’s survival than Iran, which has sponsored thousands of pro-government militiamen from across the region and injected billions of dollars to keep the economy from collapsing.

Now it appears bent on helping Assad retake the east. On Sunday, Iran lobbed ballistic missiles at IS targets in eastern Syria, the first such attack it has carried out anywhere since at least 2001.

Iran cast the strike as a response to last week’s Islamic State attacks in Tehran, which killed at least 18 people and wounded more than 50. But the Revolutionary Guard said it was sending a broader message to its archrival Saudi Arabia and the United States.

Russia has been waging an air campaign in support of Assad since 2015, targeting both the Islamic State group and mainstream rebels. Moscow recently claimed to have killed IS leader Abu Bakr al-Baghdadi, but that hasn’t been confirmed.

For most of the last two years the U.S. and Russia have coordinated their different campaigns in the crowded skies over Syria, but as their allied forces converge in the east that could prove more difficult.

Russia said Monday it was suspending its cooperative mechanism with the U.S. in response to the downing of the Syrian warplane and threatened to shoot down enemy aircraft over Syrian government-held territory in the west.

It could be bluster. Russia suspended the same mechanisms in April after the U.S. struck a Syrian military base in response to a chemical attack, but resumed its participation weeks later.

The U.S.-led coalition is providing close air support to the Kurdish-led Syrian Democratic Forces as they fight to retake Raqqa, the capital of the IS group’s self-styled caliphate, where the 2015 Paris attacks and other foreign plots have been hatched.

The U.S. also has special operations forces and advisers embedded with the SDF, raising the stakes in the fight for the northern city.

In addition to downing the Syrian jet near Raqqa, the U.S. has also fired on Syrian government forces in the east on three occasions in just the last month. There, Washington backs Syrian opposition forces trained in Jordan.

After the three encounters, Assad’s forces wheeled around and seized territory to the north all the way to the Iraqi border, leaving U.S. forces and their allies largely isolated in the southeast and cutting off their path to the Islamic State group.

In recent years the SDF has driven IS from much of northern Syria and emerged as the most effective U.S. ally battling the group in Syria.

But its progress has alarmed NATO member Turkey, which views the main Kurdish militia in the group as an extension of the rebels that have waged a decades-long insurgency in southeast Turkey.

Turkey and the Kurdish fighters have come to blows on a few occasions in recent months, leading U.S. forces to establish a buffer between them.

The Syrian opposition, which once dreamed of sweeping into Damascus and toppling Assad, is now largely confined to scattered enclaves in the northwest and south of the country. Peace efforts have stalled, and even the limited “de-escalation” agreement has been repeatedly violated.

Beset by internal divisions, with some of the most powerful rebel groups allied with al-Qaida, it’s unclear what role the rebels will play as the conflict enters a post-Islamic State phase. Perhaps now, more than ever, Syria’s fate appears to be in the hands of competing foreign powers, none of which show any sign of backing down.