Asked on Thursday by Rep. Tim Ryan of the House Appropriations Committee to explain why the US doesn’t just go to war to stop North Korea from developing the capability to hit the US, Secretary of Defense James Mattis painted a grim scenario.

“I would suggest that we will win,” Mattis said. “It will be a war more serious in terms of human suffering than anything we’ve seen since 1953.

“It will involve the massive shelling of an ally’s capital, which is one of the most densely packed cities on earth,” Mattis said of Seoul, which boasts a metro-area population of 25 million.

“It would be a war that fundamentally we don’t want,” Mattis said, but “we would win at great cost.” 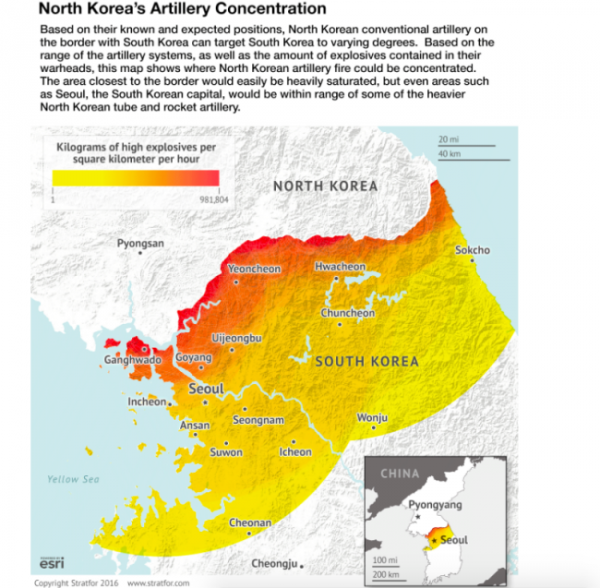 Mattis explained that because the threat from North Korea loomed so large and a military confrontation would destroy so much, he, President Donald Trump, and Secretary of State Rex Tillerson had all made a peaceful solution a top priority.

Mattis said the topic of North Korea dominated Trump’s meeting in April with President Xi Jinping of China, North Korea’s only ally, and that the US intended to make China understand that “North Korea today is a strategic burden, not a strategic asset.”

China argues it has limited influence on Pyongyang, but as one expert explained, Beijing could at any moment cripple North Korea through trade means, forcing it to come to the negotiating table.

Mattis made clear that the US was nearing the end of its rope in dealing with North Korea, saying: “We’re exhausting all possible diplomatic efforts in this regard.”

North Korea recently taunted Trump by saying it was capable of hitting New York with a nuclear missile, but Mattis said a war today would hurt our Asian allies.

“It would be a serious, a catastrophic war, especially for innocent people in some of our allied countries, to include Japan most likely,” Mattis said.