Qatar crisis: How Iran and the Brotherhood Tore the Gulf Apart 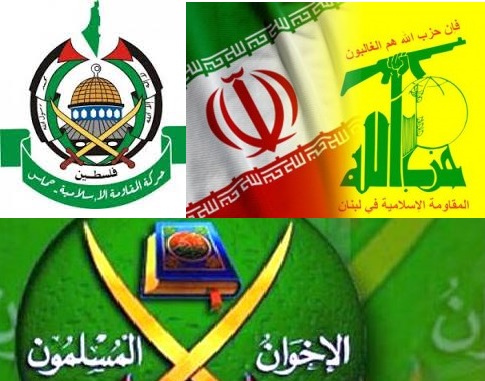 by David Andrew Weinberg
The Gulf monarchies face the most serious crisis in their history. It is largely being covered as a diplomatic spat, since several Arab nations terminated their relations with Qatar on Monday to protest its support for radical Islamists. But the crisis has an economic component as well. Saudi Arabia severed Qatar’s access to its only land border, across which roughly 40 percent of Qatar’s food needs are imported.

The story of how we got here dates back to 1990. It can be traced to Saudi Arabia and Qatar’s contrasting views on two dangerous forces: Iran and the Muslim Brotherhood.

When Saddam Hussein’s Iraqi forces conquered Kuwait in 1990, the move uniformly terrified the five other Gulf monarchies—but it also set some of them on divergent paths. Riyadh came under pressure from local Brotherhood-influenced preachers who demanded political concessions, including the end of the kingdom’s arrangement with the U.S. military. The Saudis terminated their cozy relationship with the Brotherhood.

Qatar, on the other hand, took a separate path. Saudi Arabia’s powerlessness in the face of the Iraqi invasion was a lesson to key Qatari leaders that their nation’s survival required building influence with great powers, and perhaps even nonstate actors, beyond the Arabian Peninsula. In time, Qatar emerged as the strongest backer of the Muslim Brotherhood in the region.

In 1995, Qatar’s Crown Prince Hamad bin Khalifa Al Thani overthrew his father in a bloodless coup, seizing power while the ruler was vacationing in Europe. The following year, Saudi Arabia is thought to have sponsored a countercoup, in part out of concern over the precedent that deposing an established Gulf monarch could have set. That countercoup failed.

In 2002, Al Jazeera broadcast criticisms by Saudi dissidents that led the kingdom to withdraw its ambassador from Doha for the next half decade. During that period, Qatar doubled down on its maverick foreign policy, lendinga degree of political and even economic support to Iran and several of its proxies, such as Hamas, Hezbollah, and the Assad regime in Syria. Meanwhile, Saudi Arabia’s foreign policy became somewhat more conventional as a result of facing down an internal Al Qaeda insurgency from 2003 to 2006.

Qatar also jumped at the chance to profit from Saudi Arabia’s loss when Washington looked for an alternate location for its Combined Air and Space Operations Center, moving this crucial air base in 2003 from Saudi territory to Qatar’s Al Udeid. Since then, the base has provided Doha with a measure of impunity from U.S. pressure and considerably reduced Qatar’s reliance on any of its Gulf neighbors for defense.

By 2007 and 2008, however, the possibility of an American strike against Iran’s nuclear program—and the specter of Iranian retaliation against U.S. forces in Qatar—reportedly helped persuade Doha to mend fences with Riyadh. Al Jazeera toned down its criticism of Saudi Arabia, and the Saudi ambassador returned.

However, with outbreak of the Arab Spring in 2011, Qatar threw its full weight behind various Brotherhood movements, in a bid to challenge the existing order. This pulled Riyadh and Doha apart yet again.

Qatar’s support of Brotherhood militias or political parties across the region deeply alarmed other Arab actors, especially the United Arab Emirates but also the Saudis. These tensions were most visible over Egypt, where Qatar bankrolled Mohamed Morsi’s Brotherhood government, only to see it toppled by a Saudi- and Emirati-funded military regime.

Qatar, meanwhile, upped its support for the Muslim Brotherhood’s most violent regional branch, taking in senior Hamas leaders such as Khaled Meshal when the group’s leaders fled the growing turmoil in Damascus. Over time, military as well as political operatives for Hamas made their way to a comfortable safe haven in Doha.

Eventually, King Abdullah threw his lot with the Emiratis on a plan to bring Qatar to heel, withdrawing their ambassadors from Doha in March of 2014, and persuading tiny Bahrain to do the same. That Gulf crisis dragged on for most of the year, until Qatar caved when faced with the threat of a potential Saudi land and air blockade. Qatar shuttered a branch of Al Jazeera focused exclusively on critical coverage of Egypt, and expelled seven Muslim Brotherhood figures.

However, Qatar’s broader pledges—such as stopping incitement and ending its support for radical Islamists—have largely come to naught. Saudi Arabia, Bahrain and the UAE noted this in their public statements severing ties with Qatar and imposing a blockade on Monday. To be fair, Saudi Arabia and Dubai, in the UAE, have their own problems with embracing hate preachers. There are also problems with both countries’ public lists of banned terrorist groups, but Qatar has not even taken such a basic counterterrorism step.

The current spat, while described by some as sudden, is therefore a long time coming. But what exactly prompted this eruption of diplomatic and economic hostilities is still up for debate.

President Trump, as well as some of his critics, have implied that his trip to Saudi Arabia last month—where he implored Muslim countries to “drive out” terrorists and extremists—provided a green light for Riyadh and Abu Dhabi to crack down on Qatar. Yet, it should be noted that President Trump also praised Qatar in his Riyadh speech as a “crucial strategic partner.”

More importantly, however, it seems the crisis was precipitated by Doha’s apparent failure to hold the Saudi line against Iran, giving the Saudis a new reason to join with the Brotherhood-averse UAE against Qatar.

According to sources cited by numerous outlets, Qatar allegedly paid an enormous ransom in April of this year in exchange for the release of some two dozen Qataris taken hostage in Iraq, including members of the royal family. A Gulf observer cited by the Financial Times called this episode “the straw that broke the camel’s back” for Gulf unity.

FT cited sources alleging that Qatar paid $200 to $300 million as part of the deal to jihadists in Syria—including a faction dominated by Al Qaeda—in exchange for hostages sought by Hezbollah and Iran. But Qatar has allegedly paid several past ransoms to Al Qaeda’s Syrian branch before. More pivotal was the allegation in FT that Qatar paid $700 million to Iran and its Shia proxies in Iraq, who claimed that Iran pocketed roughly $400 million of those funds.

Further, reports from the Saudi press that Qatar’s foreign minister met with Iranian terror master Qassem Soleimani in Baghdad in mid-May provide an added explanation for Riyadh’s anger at Doha. Thus, while Qatar’s support for the Muslim Brotherhood has long been an underlying concern for the Saudis, it was the Iranian dimension that appears to have moved them in favor of confronting Qatar.

The trigger that pushed all of this into the open was a purported cyberattack on Qatar’s state news agency, which FBI officials suspect may have been conducted by Russian hackers. As a result of the hack, Qatar’s news agency carried what appear to be fraudulently planted comments attributed to the country’s ruler embracing Iran, the Brotherhood, Hamas and Hezbollah. The remarks were repeatedly cited by pro-government media in Saudi Arabia, the Emirates and Bahrain without giving fair airtime to Qatar’s repeated denials. Those governments blocked Qatari news outlets such as Al Jazeera from their territory, and then severed relations with Qatar less than two weeks later.

The internecine Gulf conflict has worsened by the day, and it’s important that the United States help bring it to an end—but not before ensuring certain outcomes.

Washington should seek to ensure that Qatar ends its support once and for all for the Muslim Brotherhood, Hamas and other Sunni jihadists. It should not forget to press Riyadh to end misconduct of its own, such as ongoing religious incitement in government-published Saudi school books. But the United States must also work to resolve the current crisis to ensure that outside actors such as Iran and Russia are not able to exploit disunity among America’s allies in this crucial region.

David Andrew Weinberg is a Senior Fellow at the Foundation for Defense of Democracies. He previously served as Democratic Professional Staff Member at the House Committee on Foreign Affairs.
NATIONAL INTEREST