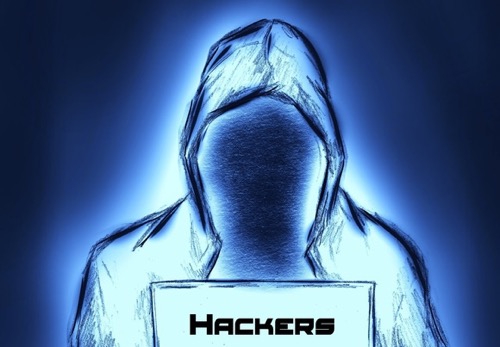 Suspected Russian hackers targeted U.S. elections
Share:
The embattled Maltese government has claimed that it also has come under attack from a Russian-backed campaign to undermine it, amid worsening relations with the Kremlin.

Malta assumed the presidency of Europe’s Council of Ministers in January, an important position under which it chairs high-level meetings in Brussels and sets Europe’s political agenda. Since then, the Maltese government’s IT systems have seen a rise in attacks, according to a source working within its information technology agency, a government body. He claimed the attacks, which have increased ahead of next month’s general election, are designed to damage the government. “In the last two quarters of last year and the first part of this year, attacks on our servers have increased,” the source said.

“It’s mainly phishing type of attacks, DDoS (distributed denial of service – during which huge amounts of data are used to bombard IT systems) and some malware on computer systems. There has been an increase of about 40% on the normal level of attacks we would expect. We do not believe they have penetrated our systems but some websites are drastically slower. There has been a tremendous amount of phishing emails – around five million a month.”

A confidential external risk assessment, seen by the Observer, identifies the Fancy Bears – a hacking collective that is often associated with the Kremlin – as a prime suspect.

The attacks come after recent claims from the prime minister, Joseph Muscat, that a foreign intelligence agency had suggested Malta would become a target for a Russian disinformation campaign. Muscat, the former academic and MEP, who has presided over a period of sustained economic growth and helped the island produce its first budget surplus in almost four decades, called an election after his government was hit by a series of corruption allegations that emerged following the release of the Panama Papers last year.

There have been allegations that Muscat’s chief of staff, Keith Schembri, accepted bribes from the sale of Maltese passports to wealthy Russians.
Muscat’s wife, Michelle, was also alleged to be the beneficial owner of a company that was paid more than $1m by a firm belonging to Leyla Aliyeva, daughter of the president of Azerbaijan. Muscat’s spokesman has described the allegation – believed to come from a former employee, a Russian national who worked at a bank on the island – as “an outright lie”.

Schembri has said: “There is no evidence whatsoever to substantiate the allegation of ‘kickbacks’ for passports, and nor would I have the motive.”

Last week Muscat confirmed that a foreign intelligence agency had suggested several months ago that Malta might be targeted by Russia.

In response to questions from Maltese journalists, Muscat said: “We had been warned that we could be targeted and, after the allegations were made, a government approached us to say that they had serious suspicion that this could be part of a manoeuvre.”

The main opposition party has described the claims as absurd and Muscat has declined to elaborate.

Analysts have noted that relations between Russia and Malta have soured in the last year. Malta’s decision to impound a shipment of potential weapon components bound for Syria triggered an angry response from the Putin government, the main supporter of the Assad regime. A refusal to allow Russian warships to refuel in Malta also produced anger in the Kremlin.

The source also claimed that the Kremlin was angry over the contract for a gas terminal and power station on the island, which went to Socar, an Azerbaijani oil company.

On 15 April last year, acting on a tip-off from a European intelligence agency, Malta impounded a shipment of 136 tonnes of Chinese-produced aluminium bullets destined for Syria and the Assad regime. The material can be used in the production of short-range missiles, and it is claimed that Malta’s actions dismayed Russia, which made strenuous representations to have the cargo released.

In addition, Malta’s decision in October to refuse Russian warships to refuel – effectively taking the side of Nato, of which it is not a member – led the Russian foreign ministry to accuse Malta of falling “victim to the west’s information war”. A subsequent decision to refuse another Russian ship the right to refuel brought further tensions.
The Russian prime minister, Dmitri Medvedev, is understood to have made his country’s displeasure known during a meeting with Muscat and other government officials and other government representatives in Moscow.

Concerns about Russian involvement in foreign elections have escalated since allegations of Kremlin interference in the US presidential race. Earlier this month French president Emmanuel Macron’s campaign team said it had been the victim of a “massive hacking attack” after documents were released online. Campaign officials said authentic documents had been mixed with fake ones on social media to sow “doubt and misinformation” in an attempt to undermine Macron. Russia, which favoured rival far-right candidate Marine Le Pen, was suspected of orchestrating the hack.

In a statement, the Russian embassy in Malta said that it categorically rejected the allegations against it as unfounded and untrue. “Russia has never interfered into Malta’s domestic affairs and has no intention to do so in the future,” the embassy said.