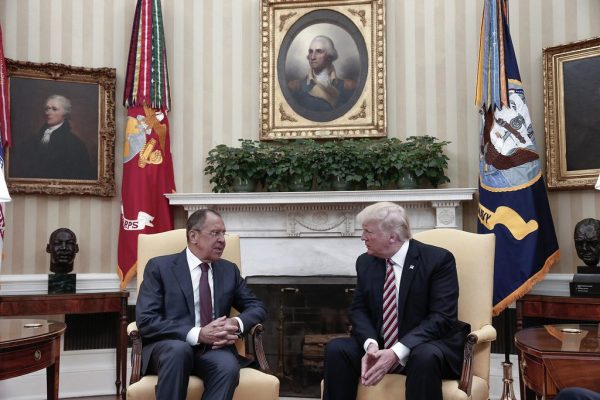 WASHINGTON — President Trump boasted about highly classified intelligence in a meeting with the Russian foreign minister and ambassador last week, providing details that could expose the source of the information and the manner in which it was collected, a current and a former American government official said Monday.

The intelligence disclosed by Mr. Trump in a meeting with Sergey V. Lavrov, the Russian foreign minister, and Sergey I. Kislyak, the Russian ambassador to the United States, was about an Islamic State plot, according to the officials. A Middle Eastern ally that closely guards its own secrets provided the information, which was considered so sensitive that American officials did not share it widely within the United States government or pass it on to other allies.

Mr. Trump’s disclosure does not appear to have been illegal — the president has the power to declassify almost anything. But sharing the information without the express permission of the ally who provided it was a major breach of espionage etiquette, and could jeopardize a crucial intelligence-sharing relationship.

In fact, the ally has repeatedly warned American officials that it would cut off access to such sensitive information if it were shared too widely, the former official said. In this case, the fear is that Russia will be able to determine exactly how the information was collected and could disrupt the ally’s espionage efforts.

Beyond angering a partner and calling into question the ability of the United States to keep secrets, the episode threatened to overshadow Mr. Trump’s first trip abroad as president. He departs Friday for Saudi Arabia, Israel, Italy and Belgium. The revelation also opens Mr. Trump to criticism of a double standard. The president made Hillary Clinton’s mishandling of classified information through her private email server central to his campaign, leading chants of “lock her up” at rallies. But there was never any indication that Mrs. Clinton exposed sensitive information from an ally or gave it to an adversary.

The Trump administration pushed back, with high-ranking officials issuing carefully worded denials, insisting that the president did not discuss intelligence sources and methods or continuing military operations that were not public.

“I was in the room — it didn’t happen,” H. R. McMaster, Mr. Trump’s national security adviser, said in an appearance outside the West Wing, which was sent into chaos on Monday afternoon by reports that the president had disclosed extremely sensitive information about an Islamic State plot.

“At no time — at no time — were intelligence sources or methods discussed, and the president did not disclose any military operations that were not already publicly known,” General McMaster said.

He said his account and those of others who were present for the meeting should outweigh those of unnamed officials who have said the president jeopardized national security.

Secretary of State Rex W. Tillerson echoed General McMaster’s denial that sources or methods were discussed, though he did say that Mr. Trump talked about the “the nature of specific threats” in the meeting.

In fact, the current official said that Mr. Trump shared granular details of the intelligence with the Russians. Among the details the president shared was the city in Syria where the ally picked up information about the plot, though Mr. Trump is not believed to have disclosed that the intelligence came from a Middle Eastern ally or precisely how it was gathered.

General McMaster did not address that in naming the city, in Islamic State-controlled territory, Mr. Trump gave Russia an important clue about the source of the information.

Like the United States, Russia is also fighting in Syria, where it has stationed troops and aircraft. The two countries do share some intelligence, but the cooperation is extremely limited, and each has widely divergent goals in the civil war there.

The episode immediately reverberated around Washington. Soon after the article first appeared, General McMaster found himself briefly cornered by reporters at the White House.

“This is the last place in the world I wanted to be,” he said before walking off without answering any questions.

The Central Intelligence Agency declined to comment. But members of Congress, including some Republicans, were quick to criticize the president for the breach.

What you need to know to start your day, delivered to your inbox Monday through Friday.

Senator Mark Warner, Democrat of Virginia and the vice chairman of the Intelligence Committee, said on Twitter: “If true, this is a slap in the face to the intel community. Risking sources & methods is inexcusable, particularly with the Russians.”

Doug Andres, a spokesman for Speaker Paul D. Ryan, said Mr. Ryan “hopes for a full explanation of the facts from the administration.”

“We have no way to know what was said, but protecting our nation’s secrets is paramount,” Mr. Andres said.

Senator Jack Reed of Rhode Island, the ranking Democrat on the Armed Services Committee, was sharply critical of Mr. Trump.

“President Trump’s recklessness with sensitive information is deeply disturbing and clearly problematic,” Mr. Reed said in a statement. “The president of the United States has the power to share classified information with whomever they wish, but the American people expect the president to use that power wisely. I don’t believe the president intentionally meant to reveal highly secretive information to the Russians.”

The impending story set off a mild panic among White House staff members, with the press secretary, Sean Spicer; the deputy press secretary, Sarah Huckabee Sanders; and the communications director, Mike Dubke, summoned to the Oval Office in the middle of the afternoon.

Jared Kushner, the president’s son-in-law and adviser, signaled to people outside the White House that he was not closely involved. But internally, Mr. Kushner lashed out at Mr. Spicer, who has been the target of most of his ire since the F.B.I. director, James B. Comey, was fired last week.

The revelation coming on the heels of Mr. Comey’s firing prompted concern about the White House, even from within the Republican Party.

“The White House has got to do something soon to bring itself under control and in order,” Mr. Corker told reporters, adding, “It’s got to happen.”