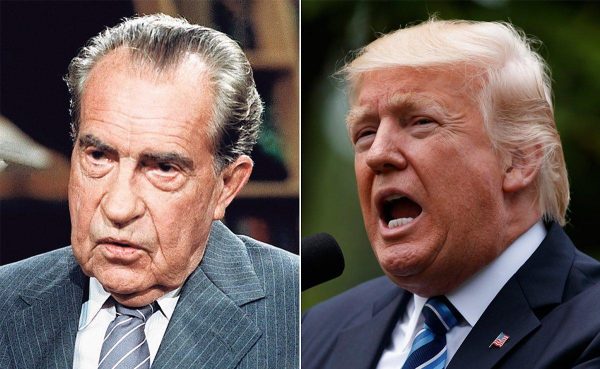 The ‘massacre’ Twitter pundits are referring to is what many considered to be the final blow to President Richard Nixon’s administration, when the former president fired Archibald Cox, the special prosecutor in the Watergate scandal that tanked his presidency. That night, the attorney general and deputy attorney general resigned in protest to Nixon firing Cox, and the rest is history.

Connecticut Senator and former attorney general Richard Blumenthal told CNN’s Wolf Blitzer that this incident has a similar “feel” to the infamous night of firings and resignations.

Check out tweets comparing the controversial firings below.

The amount of politicians, analysts and historians talking openly about Nixon's Saturday Night Massacre and obstruction of justice is scary.

If it feels like Nixon's Saturday Night Massacre, there's key difference. Opposite party controlled Congress. Trump has his party all around

.@SenBlumenthal: "We face a looming Constitutional crisis" … Comey firing has "very much the feel" of Saturday night massacre (CNN)

This will no more save Trump than Nixon's Saturday Night Massacre saved him. Firing Comey will hasten Trump's removal. God bless America.