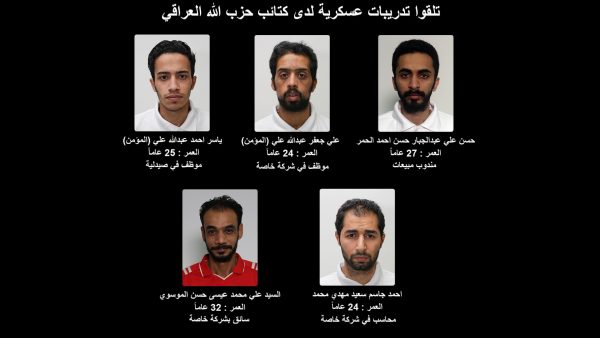 The suspects were arrested on Sunday, a statement from Bahrain’s interior ministry has confirmed.

During security operations in several cities across the small Gulf island kingdom, investigations revealed that the extremist group worked under direct supervision in terms of financing, planning and implementation of attacks by two known extremists; Mortadha Majeed al-Sindi and Qassim Abdullah Ali.

Several of those identified and arrested were proven to have received military training in camps under the supervision of the Iranian Revolutionary Guards.

Others arrested on Sunday were also responsible for a bomb attack that struck a bus carrying Bahrain police on February 26 that left four officers injured.
ALARABIYA