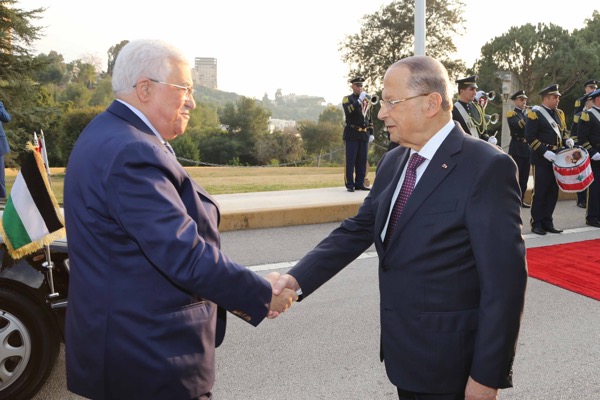 Palestinian President Mahmoud Abbas  who is in Lebanon  to calm the recent tensions between Palestinian factions in Lebanon met at Ain el-Tineh with Speaker Nabih Berri on Friday, where he hailed Lebanon’s stance with regards to   the Palestinian cause stressing that its sacrifices will never be forgotten.

“Lebanon is a dear country to our hearts. It has endured and sacrificed a lot for the sake of the Palestinian cause. We shall never forget those sacrifices,” said Abbas in a joint  press conference with Berri after the meeting.

“We are among our brothers when we come to visit Lebanon,” he added.

Berri stressed the need for unity between Arabs for the sake of Palestine and said: “the only topic that should unite us is the issue of Palestine.”

A statement issued by Hariri’s office said the meeting addressed “the situations in the Lebanese and regional arenas, the developments in the occupied Palestinian territories, and Lebanese-Palestinian ties.” 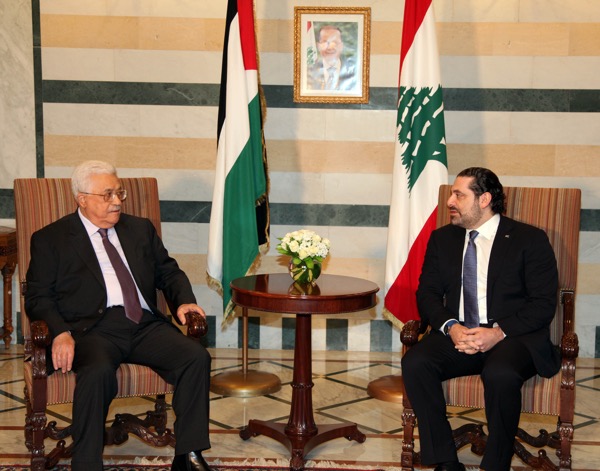 The Lebanese-Palestinian talks reportedly  focused on the situation of Palestinian refugees in Lebanon and state of the refugee camps, as well as the measures being taken to ensure the safety and stability of the camps. The talks come after the joint Palestinian security forces in south Lebanon’s Ain al-Hilweh camp were dissolved.

The Palestinian president is expected to leave Lebanon Saturday.