Flynn’s departure: The second major blow to Trump in a week 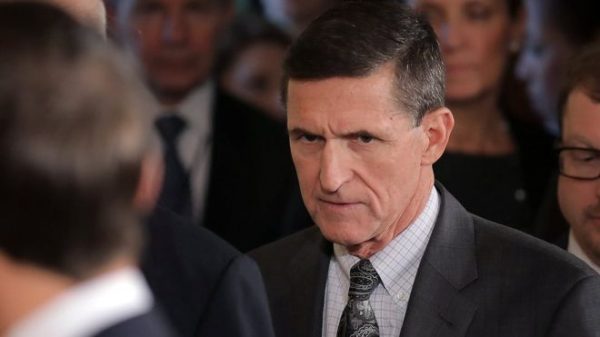 Michael Flynn quit over secret contacts with Russia
Share:
Michael T. Flynn’s resignation is the second major blow to the Trump administration within the span of a week.

After the courts stopped the President’s executive order halting admission of refugees, his national security adviser is forced to step down amid revelations of his discussions with Russian officials following the election. The resignation comes in the wake of mixed signals from the White House about what would happen to Flynn.

It is not a total surprise that Flynn is the first major member of the administration to fall from power. He has always been one of the most controversial figures in Trump’s inner circle. A national security adviser whose views were seen as far outside the mainstream, Flynn bought into conspiracy theories and made anti-Islamic statements.

When he joined the chant of “lock her up” against Hillary Clinton at the Republican National Convention he made it clear that this military official had turned into a rabid partisan attack dog. Many national security experts shuddered to think that Flynn, with his outlandish views, would be the last person in the room when President Trump was making decisions about war and peace.

Now that he is gone the question is whether this turns into something bigger.

Now that he is gone the question is whether this turns into something bigger. The problem with Flynn was not simply his own actions but his part in a broader story that has been nagging Trump since the campaign — why is he so sympathetic to Russia and what kinds of connections have existed, if any, between his inner circle and a foreign government that aggressively intervened in the 2016 election.

Flynn’s resignation might just be the triggering event that opens the door to more investigations.

Flynn’s resignation might just be the triggering event that opens the door to more investigations. Russia has been one of the few topics that has created serious rifts between the President and an otherwise loyal Republican majority on Capitol Hill. Trump’s affinity for Vladimir Putin and blind eye toward Russian aggression has been hard for many in the GOP, like Senator John McCain, to swallow.

Until now, Republicans have not done much to push back against the administration’s position. The question is whether Flynn’s fall from power and the scandal that triggered it are enough to finally cause serious rifts with the Republicans.

It is also possible though that this strengthens Trump’s hand. If Flynn’s departure is enough to calm some of the storms with Congress over the issue, the removal of one of the figures who has been closest to the Russians and a sign that he is finally hearing the anger from his congressional allies, this development might allow him to move on to different issues.

The embarrassment over Flynn might persuade Trump, who is always concerned about winning above all else, to back away from his ongoing defense of anything that Russia seems to do and fall more in line with where the rest of his party has been on this issue. Most important, Flynn’s departure might increase the clout of other, more respected figures like Secretary of Defense James Mattis and bolster the standing of his national security team that has been off to such a shaky start.

The truth is that it can go either way — as is seemingly the case with everything that has gone down with the Trump White House. But Flynn’s departure is clearly a significant moment for this President as one of his most loyal, most controversial and most influential figures — in many ways a symbol of the angry attack style that has defined the White House — is forced to step down as a result of a scandal that has been hovering over the President, who has been in office for less than a month.

This creates a moment of vulnerability no matter how savvy Trump might be. He will now have to take steps quickly to reestablish control over his national security team and to create more confidence on Capitol Hill that someone is in charge in the Oval Office. Otherwise, Trump might find himself facing the kinds of congressional investigations that can quickly tie an administration into knots.
CNN