Silenced at Senate hearing, US Senator Warren continues in corridor 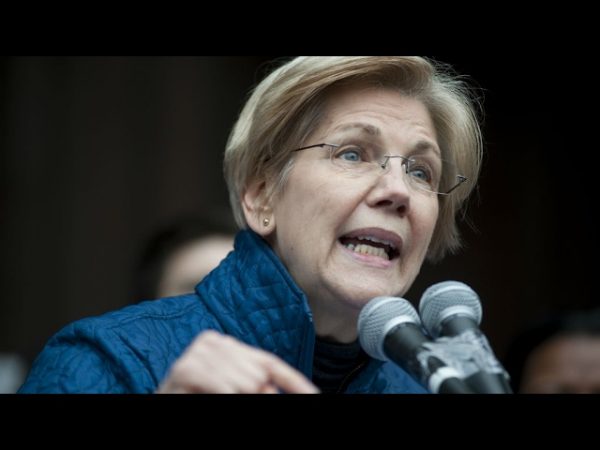 US Senator Elizabeth Warren speaks out against the “Muslim travel ban” at Copley Square, Boston, January 29, 2017.
Share:
Silenced on the Senate floor, Democrat Elizabeth Warren took her criticism of U.S. President Donald Trump’s attorney general nominee out to the hallway – and found a much larger platform.

Republican senators voted on Tuesday evening to end Warren’s reading of a letter written 30 years ago by Martin Luther King Jr’s widow that criticized Senator Jeff Sessions, the nominee to lead the Justice Department, for his civil rights record.

The action prompted a tide of support on Facebook for Warren, a darling of the political left, under a hashtag #LetLizSpeak” after she went outside the chamber and read the letter in a video posted on the site that drew more than 5 million views by Wednesday morning.

“The Republicans took away my right to read this letter on the floor – so I’m right outside, reading it now,” she said.

The unusual rebuke of Warren came after the Republican-controlled Senate on Tuesday cleared the way for confirming Sessions as attorney general. A final vote was expected on Wednesday.

Warren took to the Senate floor to argue against the nomination, reading the letter Coretta Scott King wrote in 1986 about Sessions to the Senate Judiciary Committee, which ultimately rejected his nomination to be a federal judge.

Sessions had “used the awesome power of his office to chill the free exercise of the vote by black citizens” when he prosecuted voting fraud cases when he was the U.S. attorney in Alabama,” according to the letter read by Warren.

Senate Majority Leader Mitch McConnell cut her off, saying that she broke a Senate rule that “impugned the motives and conduct of our colleague from Alabama.” Senators voted 49-43 to silence Warren.

Warren has been a fiery critic of Trump since he launched his presidential campaign. Democrats have expressed concern about Sessions’ record of controversial positions on race, immigration and criminal justice reform.

“Mr. President, I am surprised that the words of Coretta Scott King are not suitable for debate in the United States Senate. I ask leave of the Senate to continue my remarks,” the Massachusetts senator responded.

Many civil rights and immigration groups also have concerns about Sessions with the American Civil Liberties Union saying his positions on gay rights, capital punishment, abortion rights and presidential authority in times of war should be examined.

Sessions was a federal prosecutor in 1986 when he became only the second nominee in 50 years to be denied confirmation as a federal judge. This came after allegations that he had made racist remarks, including testimony that he had called an African-American prosecutor “boy,” an allegation Sessions denied.

Sessions said he was not a racist, but he said at his hearing in 1986 that groups such as the National Association for the Advancement of Colored People and the American Civil Liberties Union could be considered “un-American.” He also acknowledged he had called the Voting Rights Act of 1965 a “piece of intrusive legislation.”