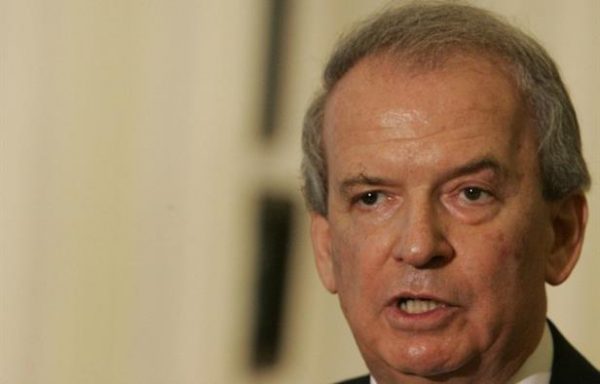 “One can not but feel disgusted without any surprise about what is happening in Syria’s prisons, mainly in the Saydnaya, of atrocities that have been documented by Amnesty International,” said Hamadeh.

“No wonder about that since Bashar Assad has transformed Syria into a slaughterhouse and prison, adding 13,000 gallows to the toxic gases and explosive barrels that destroyed cities, places of worship and schools,” he went on to say.

“This last evidence from Amnesty International will be added to a file that will one day be opened in front of the International Criminal Court to try criminals of the Syrian war,” the minister concluded.

Amnesty International on Tuesday accused Syria’s government of hanging up to 13,000 people at a notorious prison over five years in a “policy of extermination”, two weeks before planned peace talks.

The damning report, titled “Human Slaughterhouse: Mass hanging and extermination at Saydnaya prison” near Damascus, details the gruesome ritual of mass hangings between 2011 and 2015.

The Syrian justice ministry replied to the Amnesty report and said it was “completely untrue and intended to harm Syria’s reputation in international forums,” according to the official SANA news agency.

Hundreds of Lebanese at the prison

There are reports that monks, army officers and soldiers that were captured on October 13, 1990 (when Syrian troops moved into the area controlled by General Michel Aoun) would be among the prisoners in Saydnaya . They were reportedly moved from the Mazzeh prison

Below is the list of some of the Lebanese prisoners in Saydnaya prison , according to Arab Commission for Human Rights

ACHR is an Arab world non-governmental human rights organisation that was founded in 1998.