Protests against Trump’s immigration policies continue across the U.S. 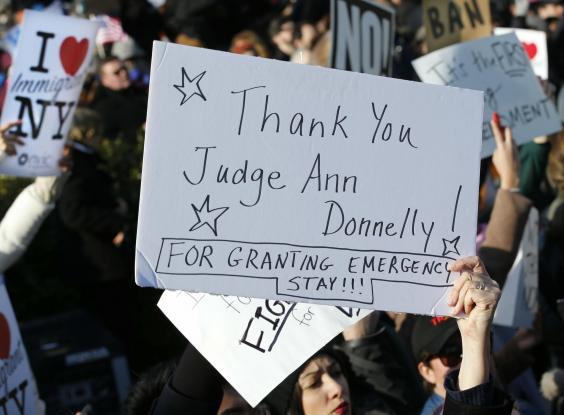 In Brooklyn, thousands of protesters marched to the apartment building of U.S. Sen. Chuck Schumer (D-N.Y.) to demand that he reject President Trump’s Cabinet picks.

“When refugees are under attack, what do we do? Stand up fight back!” #ResistTrumpTuesdays in Brooklyn getting ready to march to @SenSchumer pic.twitter.com/ta84r2uSfn

In Minneapolis, protesters gathered to object to Trump’s ban on travelers from Muslim-majority countries.

And in Tucson, a peaceful crowd outside John McCain’s office urged the senator, who had called Trump’s refugee ban a “self-inflicted wound in the fight against terrorism,” to take action against the executive order.

Just to give you an idea of how many people are downtown right now protesting Trump’s refugee executive order. #tucson @TucsonNewsNow pic.twitter.com/yB3Ik0Vfrs