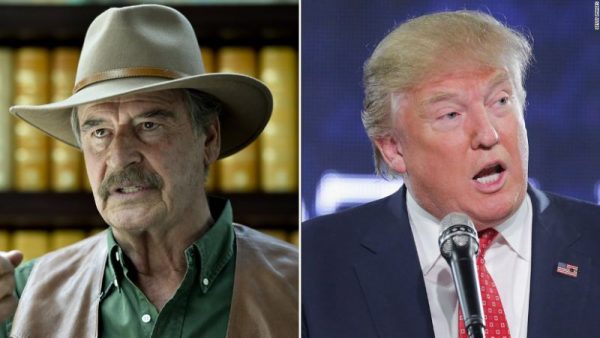 Mexico’s Vicente Fox trolls Donald Trump: ‘Are you a legitimate president?’
Share:
Former Mexican President Vicente Fox is back to trolling Donald Trump on Twitter, particularly as the US President-elect has waffled on his pledge to have Mexico pay for a border wall and amid questions about Russian interference in the election.

“Sr Trump,the intelligence report is devastating. Losing election by more than 3M votes and in addition this.Are you a legitimate president?”

Fox tweeted Friday night. Fox’s jab at Trump comes after the US intelligence community concluded in a declassified report released that Russian President Vladimir Putin ordered an “influence campaign” aimed at hurting Hillary Clinton and helping Trump. In addition to that, Trump lost the popular vote to Clinton