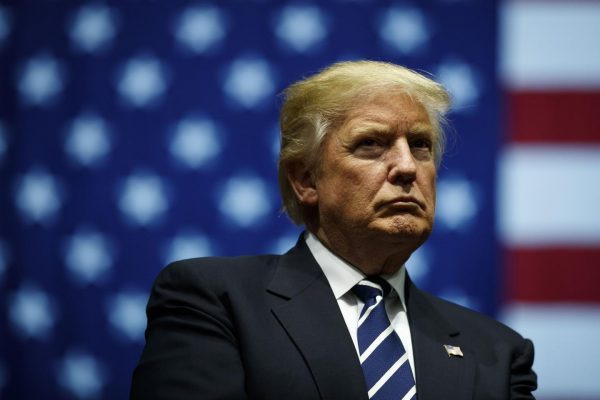 President-elect Donald Trump at a rally in Grand Rapids, Michigan, December 9, 2016. Jordan has warned of “catastrophic” repercussions if Trump moves the U.S. Embassy in Israel to contested Jerusalem.
Share:
The Jordanian government has warned U.S. President-elect Donald Trump there will be “catastrophic” consequences if he decides to move ahead with his campaign pledge to relocate the U.S. embassy from Tel Aviv to Jerusalem.

He warned that Amman would use all of its diplomatic and political levers to prevent the move. It is the first reaction from the Jordanian government to the planned relocation.

Momani said that the decision would “inflame the Islamic and Arab streets” as it is a highly sensitive issue for Muslims in the Middle East and around the world. Moving the embassy would be a “gift to extremists,” he said, one that would “have catastrophic implications on several levels, including the regional situation.”

The Middle Eastern countries, Momani said, would alter their relationships with Israel, which has quietly been building secretive security ties with Arab partners such as Jordan and Egypt.

“It will definitely affect the bilateral relationship between countries in the region, including Jordan, and the parties that will be related to such a decision,” he added.

The move would be controversial as the U.S. would effectively recognize Jerusalem, a contested city, as Israel’s capital. The Palestinians have earmarked east Jerusalem as part of any future state, and it houses some of the most important Muslim landmarks in the world, including the Haram al-Sharif (“Noble Sanctuary” in Arabic) which is known to Jews as the Temple Mount.

Jordan itself serves as a protector of the location in east Jerusalem, the most contentious religious site in the city. It is viewed by Muslims as the third-holiest site in Islam, and is also considered the holiest site in Judaism, revered as the location of two biblical temples.

Israel seized control of east Jerusalem from Jordan in the 1967 Six-Day War and the area, as well as the West Bank, has been at the heart of the conflict between Israelis and Palestinians ever since. Much of the international community does not recognize Israel’s capture of the territories. The Obama administration and its predecessors have maintained that the status of Jerusalem be decided through direct negotiations between both sides.

Trump’s newly-appointed ambassador to Israel, David Friedman, has said that the incoming president plans to make the move. “It was a campaign promise and there is every intention to keep it,” David Friedman told The Jerusalem Post following his election victory. “We are going to see a very different relationship between America and Israel in a positive way.”

Israeli officials have celebrated Trump’s victory, with members of Israeli Prime Minister Benjamin Netanyahu’s cabinet, such as Education Minister Naftali Bennett, declaring his arrival into the White House represents the end of Palestinian hopes for self-determination.