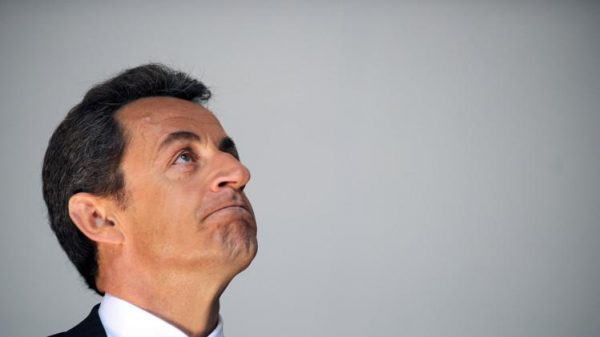 Former French president Nicolas Sarkozy looks set to stand trial over allegations that his 2012 re-election campaign received illegal funding after France’s court of appeal on Thursday dismissed attempts to have the case thrown out.

Mr Sarkozy, who has denied all wrongdoing, was placed under formal investigation in February over his suspected complicity in allowing about €18m in unauthorised spending for his ultimately unsuccessful presidential bid.

The investigation, one of several surrounding Mr Sarkozy, cast a cloud over his attempts this year to take another run at the presidency. He was defeated last month in the centre-right Republicans primary by his own former prime minister, François Fillon.

In recent months Mr Sarkozy has tried, along with the others accused, to have the case thrown out, but this was rejected on Thursday. The parties’ only remaining legal avenue is to appeal to the Cour de cassation — France’s final court of appeal. It is not yet clear whether they intend to make such an appeal.

At the centre of the campaign finance scandal is an event company called Bygmalion, which allegedly charged spending linked to Mr Sarkozy’s campaign to his centre-right party, to conceal that the campaign had reached the €22.5m legal limit.

Mr Sarkozy is one of a dozen people, including his 2012 campaign manager, who are likely to stand trial. Thierry Herzog, Mr Sarkozy’s lawyer, has previously described the case as “political manoeuvring” and “harassment”.

The ruling by the appeals court on Thursday comes the same week as Christine Lagarde, head of the International Monetary Fund, stands trial accused of negligence in public office in relation to the misuse of public funds.

The IMF chief is in the dock for her decision to back a €403m out-of-court settlement in 2008 with businessman Bernard Tapie, a supporter of then-president Mr Sarkozy, after he claimed he was defrauded by Crédit Lyonnais, a state-owned bank.

Ms Lagarde on Monday said that she approved the payment without reading a detailed internal note advising her not to, and without attending key preliminary meetings.

Some at the IMF have privately claimed that the case was an effort to counter Mr Sarkozy’s political comeback. They now argue that his departure from the centre-right field of presidential candidates plays in her favour.

If she is found guilty, however, the offence carries a maximum sentence of one year in prison and a fine of up to €15,000.

There are also several other outstanding cases against Mr Sarkozy. He has been placed under investigation in a corruption inquiry after phone conversations with his lawyer allegedly indicated an intention to lure a judge into leaking inside information.

Those phone conversations were tapped as part of another investigation into allegations that Muammer Gaddafi, the Libyan dictator, donated €50m in illicit funds to Mr Sarkozy’s 2007 presidential campaign.

Mr Sarkozy has denied the Gaddafi and the corruption allegations.

In 2013, an investigation into allegations that Mr Sarkozy solicited illegal campaign financing from Liliane Bettencourt, France’s wealthiest woman, was dropped for lack of evidence.