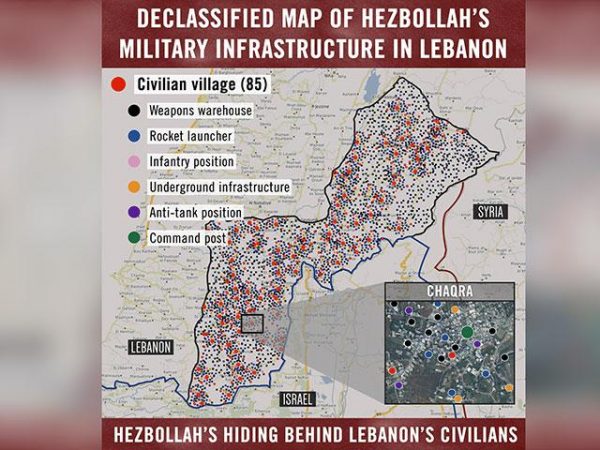 IDF posted a map on Twitter Tuesday evening showing more than 200 locations south of the Litani River where Hezbollah has embedded weapons warehouses, weapons manufacturing facilities, rocket launch pads, and the like inside residential areas in towns and villages.

In the event of another war with Hezbollah, the IDF claimed it  could potentially target those sites.

The map, according to Israel’s Channel 2, features “over 200 towns and villages” and shows over “10,000 potential targets for Israeli strikes” in the event of a new war between Israel and Hezbollah.

Israeli Prime Minister Benjamin Netanyahu admitted in April  for the first time that Israel had carried out “dozens” of strikes on attempted arms transfers for Hezbollah inside Syria, promising it would continue to target the smuggling of “game changing” weaponry.

Israel’s defense minister said his country is working to prevent weapons of mass destruction from reaching Hezbollah. He made the statement  hours after a rocket attack on a Damascus air base on Wednesday  was blamed on Israel.