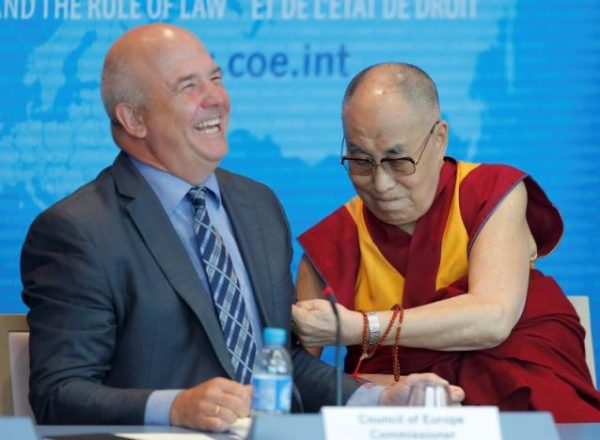 Speaking at the European Parliament in Strasbourg, he said he hoped that the Tibetan issue would be resolved but urged the outside world and the European Union in particular not to hold back from criticizing Beijing.

Communist troops marched in and took control of Tibet in 1950 in what Beijing calls a “peaceful liberation”. The Dalai Lama fled to India in 1959 following a failed uprising against the Chinese.

Beijing denounces the Dalai Lama as a dangerous separatist who wants an independent Tibet. He denies espousing violence and says he only wants genuine autonomy for his Himalayan homeland.

Contact between the Dalai Lama and foreign governments is frequently a source of friction with Beijing. Although a guest of the European Parliament in Strasbourg, the Dalai Lama did not meet French government officials while in France.