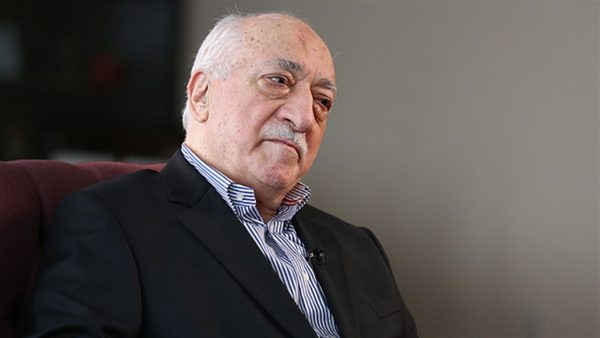 In past years, big names in South Africa picked up the annual Gulen Peace Award, a local accolade inspired by a Turkish preacher who has been blamed by Turkey for an attempted coup last month.

Both Nobel laureate Desmond Tutu and Graca Machel, an activist and widow of Nelson Mandela, have been feted in the name of Muslim cleric Fethullah Gulen, who has won international recognition for promoting dialogue and education. But this year’s award ceremony is in doubt as Turkey campaigns globally to shut schools and other institutes linked to Gulen, who once enjoyed support from the Turkish government that now calls him a terrorist.

“We haven’t decided yet whether there will be an event or not,” said Ayhan Cetin, director of the Turquoise Harmony Institute, a Gulen-inspired group based in Johannesburg. South Africa’s government has not moved against Gulen supporters, but it could be awkward for someone to accept the award because of the international tension, he said.

At home, Turkey has detained more than 40,000 people in a bid to dismantle the network of Gulen, drawing criticism that the purge could sweep up anyone critical of the government.

Turkey’s international campaign against Gulen, who denies any involvement in the July 15 uprising, targets schools and other institutions in more than 100 countries, including in Asia, Africa, Europe and the United States.

The Turkish bid is complicated by questions of national sovereignty and whether there is evidence of links between far-flung projects – many with no formal ties to Gulen’s headquarters in the U.S. – and the coup attempt against Turkish President Recep Tayyip Erdogan.

Gulen’s global influence could depend partly on whether the United States extradites him at the request of Turkey, which is frustrated by U.S. statements that it must present evidence and follow the legal process, a commentator said.

“As long as they kind of enjoy some sort of American cover, I think they will be able to continue,” said Halil Karaveli, a senior fellow at the Central Asia-Caucasus Institute and the Silk Road Studies Program.

Turkey accuses Gulen, who is associated with Islamic mysticism, or Sufism, of clandestinely grooming school recruits to eventually take over the state. Prime Minister Binali Yildirim has told ambassadors that their countries should move against schools or associations tied to Gulen’s movement, known as Hizmet, or “Service” in Turkish.

“Here’s some friendly advice: If you are late in taking action against them, this threat will no longer be a Turkish threat, it could become your countries’ greatest threat,” Yildirim said.

Somalia, a war-torn beneficiary of Turkish aid, closed educational and medical facilities linked to Gulen, though Turkey said they would operate again under different management. Azerbaijan seized a university connected with Gulen, while the Kurdish regional government in northern Iraq said Gulen-affiliated schools will be transferred to new ownership, Turkey’s Anadolu Agency reported.

The reaction in some other countries, such as Germany and Kenya, is more skeptical or cautious. In places with limited resources, the schools have won praise for producing local graduates with good results. “It shouldn’t be an arbitrary decision to close any school, just based on somebody’s political wish,” said Jeton Mehmeti, an education analyst in Kosovo.

Gulen, whose Islamic movement first expanded outside Turkey in the early 1990s after the fall of the Soviet Union, has come under international scrutiny in the past. Russia closed schools connected with the cleric years ago amid concerns there about Islamic militancy.

There are about 150 taxpayer-funded charter schools believed to be linked to Gulen in the United States, and Turkey has retained a U.S. legal firm, Amsterdam & Partners, to file complaints against them. The FBI has investigated allegations of employment discrimination, competitive bidding abuses and visa fraud at some of the schools, with few repercussions so far.

In South Africa, nine schools inspired by Gulen’s teachings follow a mostly secular curriculum that emphasizes math and science, and offer scholarships to disadvantaged children. Of their 3,500 students, 95 percent are South African, said Cetin of the Turquoise Harmony Institute.

Tensions over the coup attempt deepened a rift among Turks in South Africa, where the Turkish ambassador, Kaan Esener, described operators of Gulen-inspired schools as a “crime syndicate” in a radio interview. Some Erdogan supporters also criticized the Nizamiye mosque north of Johannesburg, a soaring structure built with the funds of a Gulen backer.

Cetin speculated that Turkey would pressure Gulen’s expatriate supporters by rounding up relatives and friends at home in a widening crackdown.

“The circle will be bigger and bigger,” he said.