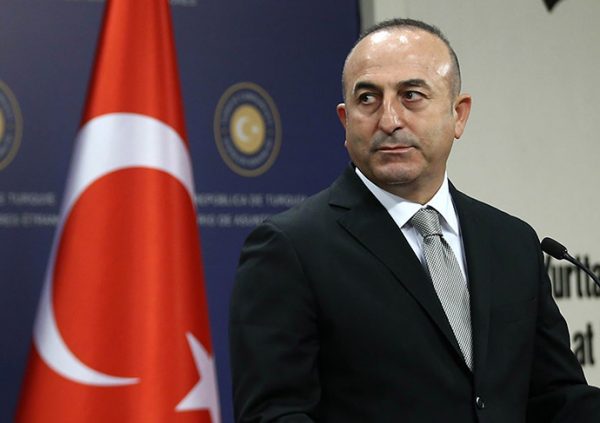 Turkish FM Mevlut Cavusoglu
Share:
has said that the deal whereby Turkey stems the flow of illegal migrants to the European Union will be torn up if the bloc does not grant Turks visa-free travel in the EU.

Turkey’s Foreign Minister Mevlut Cavusoglu was asked by Germany’s Bild newspaper whether the thousands of refugees in Turkey would be allowed to head to the EU if the visa issue was not resolved, and he said: “I don’t want to talk about the worst case scenario – talks with the EU are continuing but it’s clear that we either apply all treaties at the same time or we put them all aside.”

Visa-free access to the EU – the main reward for Ankara’s collaboration in stopping hundreds of thousands of migrants getting into Europe – has been subject to delays due to a dispute over Turkish anti-terrorism legislation and Ankara’s crackdown after a failed coup.

Before conceding visa liberalisation, Brussels wants Turkey to soften its anti-terrorism laws. European Commissioner Guenther Oettinger has said he does not see the EU granting Turks visa-free travel this year due to Ankara’s crackdown after the failed military coup.

Cavusoglu said the treaties signed with the bloc laid out that all Turks would get visa freedom in October, adding: “It can’t be that we implement everything that is good for the EU but that Turkey gets nothing in return.”

A spokesman for the European Commission was not immediately available to comment on Cavusoglu’s comments.

Last week Selim Yenel, Turkey’s ambassador to the EU, said efforts were continuing to find a compromise with the EU on visa liberalisation and he thought it would be possible to handle this in 2016. He rejected the idea that visa-free travel may be pushed back further beyond October, after missing an initial June deadline.

EU-Turkish relations have soured since the coup attempt against President Recep Tayyip Erdogan, with Europe alarmed by Ankara’s subsequent crackdown.

Erdogan has said he would approve the restoration of the death penalty if parliament voted for it, a move which would sink any hopes of European Union membership.

Turkey has angrily rejected EU criticism that the purges might violate the rights and laws expected for them to qualify for the visa-free travel agreement and accelerated negotiations for bloc membership.

In the Bild interview Cavusoglu said Europe was acting as if Turkey had already introduced the death penalty. He said he was against introducing it, but that emotions were riding high in post-coup Turkey and the people could not be ignored

“The Turkish people are traumatised” by the failed putsch, Cavusoglu told the German daily. “Rather than helping Turkey, (European nations) are humiliating us,” he added.
According to Cavusoglu, Turkey has made intense efforts, “like few other nations, to fulfill the conditions of accession to the EU”. In return, Turkey has received “only threats, insults and a total blockage” from the 28-nation union, he added.

Asked if Turkey would leave NATO, Cavusoglu said anti-Turkish groups had raised this issue and added that Ankara was one of the biggest supporters of the Western defence alliance.

“But it’s clear that we also need to cooperate with other partners on buying and selling weapon systems because some NATO partners refuse to allow us to sell air defence systems for example or to exchange information,” he warned.