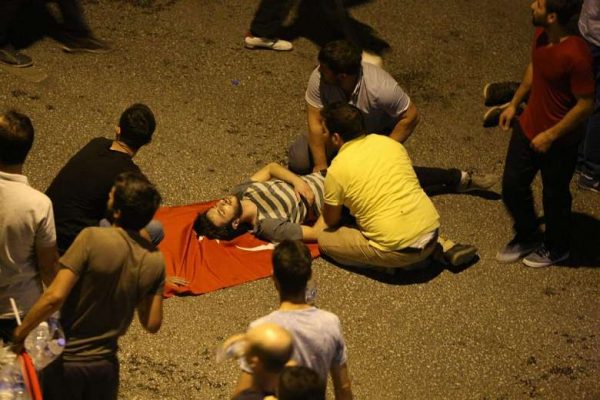 People attend to a wounded person in Ankara, Turkey, during the coup attempt on July 16, 2016.PHOTO: EPA
Share:

At least 60 people have been killed and 336 detained in a night of violence across Turkey sparked when elements in the military staged an attempted coup, a senior Turkish official said.

The majority of those killed were civilians and most of those detained are soldiers, said the official, without giving further details.

“As someone who suffered under multiple military coups during the past five decades, it is especially insulting to be accused of having any link to such an attempt. I categorically deny such accusations,” Gulen said in a brief statement just before midnight Friday.