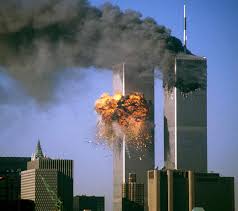 On The morning of 11th September 2001, Al Qaeda Hijackers flew 2 Boeing 767 jets right into the complex, right into each tower.
Share:

The U.S. Senate passed legislation on Tuesday that would allow victims of the Sept. 11 attacks to file lawsuits seeking damages from Saudi Arabia, setting up a potential showdown with the White House, which has threatened a veto.

The Saudis, who deny responsibility for the 2001 attacks, strongly object to the bill and have threatened to sell up to $750 billion in U.S. securities and other American assets in retaliation if it becomes law.

The “Justice Against Sponsors of Terrorism Act,” or JASTA, passed the Senate by unanimous voice vote. It must next be taken up by the U.S. House of Representatives, where no vote has yet been scheduled.

If it became law, JASTA would remove the sovereign immunity, preventing lawsuits against governments, for countries found to be involved in terrorist attacks on U.S. soil. It would allow survivors of the attacks, and relatives of those killed in the attacks, to seek damages from other countries.

In this case, it would allow lawsuits to proceed in federal court in New York as lawyers try to prove that the Saudis were involved in the attacks on the World Trade Center and the Pentagon.

Democratic Senator Charles Schumer of New York, a co-sponsor, said the bill is overdue and that, because it only applies to attacks on U.S. soil, does not risk lawsuits against the United States.

“Today the Senate has spoken loudly and unanimously that the families of victims of terrorist attacks should be able to hold the perpetrators, even if it’s a country, a nation, accountable,” Schumer told a news conference.

Republican Senator John Cornyn of Texas, also a sponsor of the bill, said JASTA does not target the Saudis, although he alluded to a still-classified section of a report on the Sept. 11 attacks that Saudi critics say might implicate Riyadh.

“We have yet to see the 28 pages that have not been yet released about the 9/11 report, and that may well be instructive,” Cornyn said at the news conference.

Other lawmakers who have seen the 28 pages have said releasing them would quiet such rumors.

Cornyn said it was up to the court to decide whether the Saudis were liable. “I don’t believe that this will be destructive of the relationship that we have with the kingdom of Saudi Arabia,” he said.

The Obama administration has said it opposes JASTA and that President Barack Obama would veto it. Asked if Senate Democrats would back a veto, Schumer said he would vote against Obama.
REUTERS