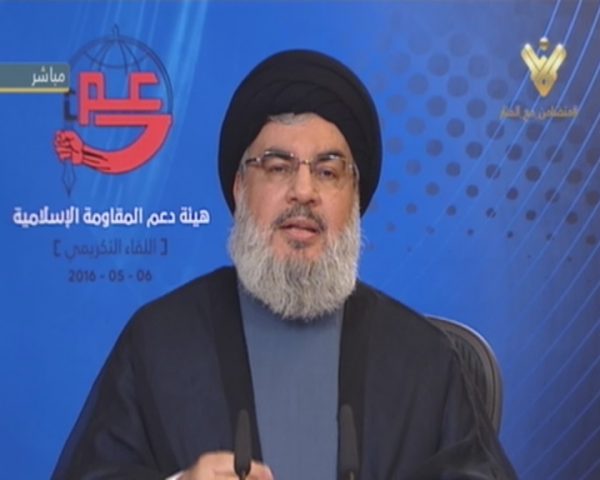 An escalation of fighting, particularly around the northern city of Aleppo, which has broken up talks to end the five-year civil war, was likely to continue because of Saudi military support and sectarian rhetoric, Hezbollah leader Sayyed Hassan Nasrallah said, warning of “hard months” ahead.

Saudi Arabia and a number of other Sunni Muslim Arab states this year classed Hezbollah as a terrorist organization.

The group’s involvement on the ground in Syria alongside the forces of its main backer, Iran, has been crucial for Assad, whose enemies are mainly Sunni fighters, many supported by regional powers including Saudi Arabia, Turkey and Qatar.

All sides have traded blame for the near-total collapse of a partial ceasefire brokered in February by the United States and Damascus ally, Russia. Attempts at other regional truces recently have mostly failed to hold.

“Saudi is pushing hard towards collapsing all forms of calm and ceasefires in Syria,” Nasrallah said in a speech broadcast on Hezbollah’s Al Manar television, blaming what he said were Saudi-funded groups for early violations of the wider truce in southern Aleppo province last month.

“On the battlefield Saudi is backing every step in the escalation (in fighting) … and is working politically to thwart negotiations” hosted by the United Nations in Geneva, he said.

The latest and best-attended round of talks to end the conflict which has killed more than 500,000 people and displaced more than 11 million crumbled in recent weeks as fighting escalated.