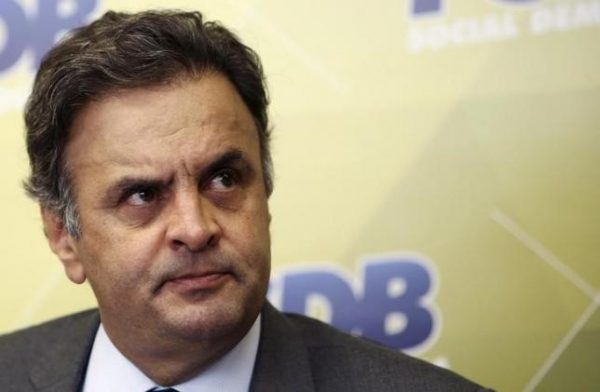 Neves, who narrowly lost the 2014 election to President Dilma Rousseff, was previously included in a list of some 50 politicians thought to have taken bribes originating from state-run companies.

Brazil’s Prosecutor-General Rodrigo Janot had stopped the investigation of Neves last year but is now asking to reopen it based on plea bargain testimony from another senator, Delcidio do Amaral. Janot also requested an investigation of congressman Marco Maia of the ruling Workers Party and of a judge at the TCU audit court.

A spokesman for Neves, the leader of the centrist Social Democracy Party (PSDB), said the investigation would show his conduct was correct. Maia said in a statement he was the “victim of a lie.”

Amaral, the government’s former leader in the Senate, said in plea bargain testimony that Neves benefited from a corruption scheme involving Furnas, a subsidiary of state-run power utility Eletrobras (ELET6.SA).

The scheme was similar to one that police uncovered at state-run oil firm Petroleo Brasileiro SA (PETR4.SA), or Petrobras, according to Amaral. Construction executives worked together to overcharge Petrobras for work and used the excess funds to bribe politicians.

Amaral is collaborating with prosecutors after he was arrested and accused of obstructing the corruption investigation, Brazil’s largest-ever.

Rousseff is waiting for the Senate to vote on whether to open a trial for her ouster this month after the lower house voted overwhelmingly to impeach her on charges of breaking budgetary laws.