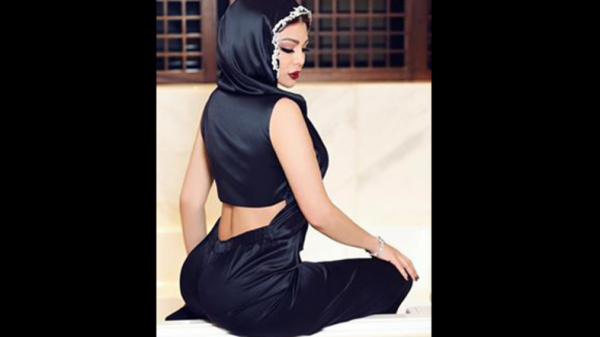 Lebanese singer Haifa Wehbe has angered several of her fans after she posted a picture of herself wearing what appears to be headscarf and revealing dress.

The singer’s studio-shot picture, that was posted on her Facebook page, shows the singer posing with her hair covered in a black cloth, while her bare back is on show.

Wehbe’s picture accusations from several of her Facebook followers that she had ‘abused the veil.’

However, many of the singers fans posted comments of admiration and support.