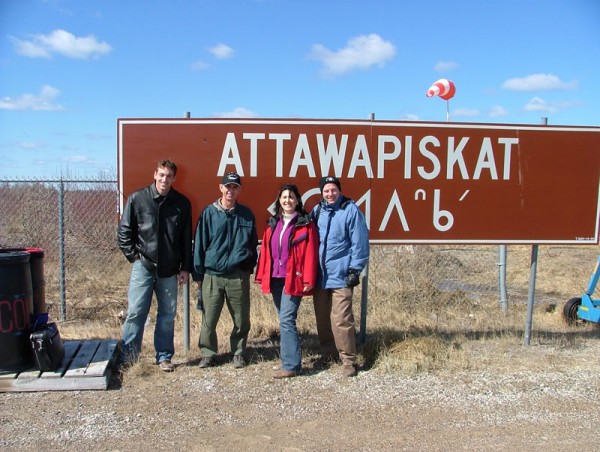 In the beleaguered, isolated community of the Ontario First Nation of Attawapiskat, one of the greatest dangers comes from within.

The 2,000-strong indigenous community in the far north of the Canadian province has seen a spate of suicide attempts over the past eight months — over 100 members, young and old, have tried to take their own lives.

The situation came to a heartbreaking head this weekend, as community leaders in the tiny James Bay town were forced to declare a formal state of emergency after 11 people attempted to kill themselves Saturday.

CNN affiliate CBC reports that amongst the dozens of suicide attempts, the youngest person was 11 years old, while the oldest was 71. One person has successfully taken their life since September.

The Assembly of First Nations, an organization representing indigenous people in Canada, said this is “a national tragedy and a national shame that demands immediate action and attention.”

“First Nation” refers to non-Inuit and non-Metis indigenous people in Canada. There are 617 First Nation communities across the country.

“We repeat our call for a national strategy to address First Nations suicide,” the Assembly’s national chief, Perry Bellegarde, said.

This isn’t the first time that suicide has prompted a state of emergency in Canada. The Pimicikamak Cree Nation community in northern Manitoba last month declared their own state of emergency after enduring six self-inflicted deaths over a period of just a few months.

CNN affiliate CTV reports that the declaration of the state of emergency has prompted the dispatch of a crisis unit from the Nishnawbe Aski nation, along with two mental health counselors from Health Canada.

“We recognize that there are serious and long-standing issues of mental health and addiction in some communities,” CTV quoted Health Canada spokesman Sean Upton as saying.

“I’m asking friends, government, that we need help in our community,” Attawapiskat Chief Bruce Shisheesh said, according to CBC. “I have relatives that have attempted to take their own lives … cousins, friends.”

He believes the attempts are linked to issues including overcrowding, bullying, addiction and the continuing impact of residential schools.

“These people are feeling the pain,” he says.

He pledged to “improve loving conditions for all Indigenous peoples” in a tweet.

“We don’t have access to what everyone else has in the rest of the country,” Manitoba Keewatinowi Okimakanak Grand Chief Sheila North Wilson said. “Whether it be access to jobs, access to good education, access to … the nicer things in life. We feel left out.”

One study in 1994, which focused in British Columbia communities, found that some indigenous or First Nations groups had youth suicide rates that are among the highest of any culturally identifiable group in the world.

Another, from the University of Victoria, found suicide rates among the young in these communities up to 800 times the national average.

Across the border from British Columbia, a report from the Alaskan Department of Health and Social Services found that the suicide rate gets higher the further north a community is located.

Charlie Angus, a Canadian Parliament member from Timmins-James Bay, says that the problem is systemic in his region, and that his constituents suffered by virtue of their background.

A similar declaration in other constituencies, he suggested to CTV, would warrant “an immediate response.”

“I’ve lost count of the states of emergency in the James Bay region since I was elected.”