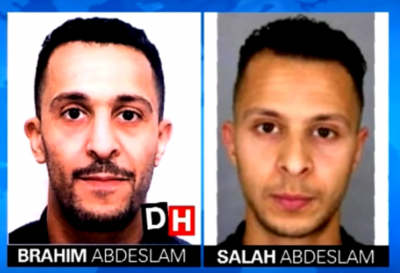 Surviving Paris attacks suspect Salah Abdeslam chose not to blow himself up to save lives, his brother said.

His brother Mohamed Abdeslam made the statement while speaking to French BFMTV after meeting Salah in his Belgian prison cell where he is awaiting extradition to France.

“There would have been more victims had I done it,” Salah told him. “Luckily, I couldn’t go through with it.”

The gun and bomb attacks on a concert hall, a stadium, restaurants and bars on November 13 last year killed at least 130 people, BBC reported.

Abdeslam, 26, was arrested last month in Belgium four days before bomb attacks in Brussels on March 22 that killed 34 people.

Police believe the same militant network was behind attacks in both cities.

The French national, born in Belgium, had apparently been hiding in Brussels for more than four months.

After his arrest, Abdeslam was initially questioned over his alleged role in the Paris attacks.

But after the suicide bombings in the Belgian capital, he chose to exercise his right to silence.

After meeting him in the Bruges prison, Mohamed Abdeslam said his brother had told him he wanted to co-operate with French authorities because he “is accountable to the French, but not to the Belgians” — a reference to the Belgian attacks.

However, Belgian authorities said that Abdeslam has links to at least two of the Brussels bombers.

His fingerprints were found in a flat rented by Khalid el-Bakraoui, who blew himself up on the Brussels metro station on March 22.

Investigators said Najim Laachraoui, named as one of the two Brussels airport bombers, was stopped by police in a car with Abdeslam on the Hungarian border with Austria in September.

Both the Paris and Brussels attacks have been claimed by the Islamic State militant group.