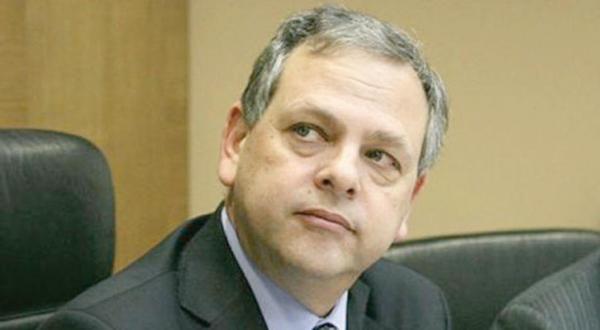 He emphasized the difficulty and close-to-impossible chances of electing a president under existing circumstances.

During an interview with Ahsarq Al-Awsat newspaper, de Freige highlighted that Hezbollah “doesn’t want a president for Lebanon, so that the Lebanese presidency file remains a bargaining chip in Iranian hands; Iran has not gained anything in Syria or Iraq, and thus spends its efforts on controlling the strings to the Lebanese suit, in a move to use Lebanon as leverage on regional and international political arenas,”

The international community- similarly to Lebanon, 1989- “is devoting all efforts to broker another Taif agreement, in each of Syria and Iraq, the Taif agreement had stopped the Lebanese civil war and ensured civil peace, and set the outline for the constitution,” de Freige added.

De Freige called attention to the evident moderation of former Lebanese Prime Minister Saad Hariri, and the national role he played in his constant determination on holding deliberations with Hezbollah on withdrawing from Syria, proving the illegal presence of arms unnecessary, and upholding the Lebanese army’s competence of confronting terrorism and any potential attack by Israel.

The Lebanese minister for administrative reform also criticized the approach adopted by the Lebanese Foreign Minister Gebran Bassil, which he perceived devoted to satisfying Hezbollah and Iran. De Freige sees that Bassil’s course will affect the bilateral relationship shared between Lebanon and fellow Gulf countries.

Here is a set of questions answered by the Lebanese minister for administrative reform Nabil de Freige,

• Do you foresee presidential elections for the time being?

We should be objective and realistic; considering distorting agents –like Hezbollah and its ally Michel Aoun- are still present, current status makes presidential elections unfeasible. The issue is not annexed to candidates, and runs deeper that we think. In other words, Hezbollah doesn’t desire a president for Lebanon, which is originally an Iranian stipulation, so that it can later use Lebanon as a bargaining chip in regional and international political arenas… Just the way Syrian Presidents Hafez al-Assad and currently Bashar al-Assad did before, taking advantage of Lebanon for personal regional gain and in negotiations with great power nations.

Hezbollah now chiefly follows Iranian propaganda, and thus persistently stands in the way of presidential elections- which is represented in Hezbollah parliament members and allies constant abstinence from voting sessions-.

Yes, Future Movement leader Saad Hariri has emphasized that (Frangieh’s candidacy) in his last broadcasted speech. Up until now we have not changed stances; given that we currently stand on fire, matters depend on circumstances, developments and the way things become.

Definitely, Iran is withholding presidential election and is using Hezbollah to do so, it is clear to everyone.

We clearly state that and on the top of our lungs, let me explain; Iran has lost Iraq and was rendered helpless… Same thing could be said for Syria; given that the Iranian Revolutionary Guard Corps (IRGC) fiercely contributed to the war -and still does- , Iran also pushed Hezbollah fighters to combat in Syria, in an attempt to control decision making in Syria, what happened in return?

The decision military wise and politically was handed to Russia and Iran didn’t get anything out of it. It has lost Iraq, Syria and even Palestine – given that it lost support from Hamas- , which left only Lebanon as a last resort, thus it pushes Hezbollah towards hurdling presidential elections , so that it may keep Lebanon as a bargaining chip when negotiating nuclear, political, regional and international deals.