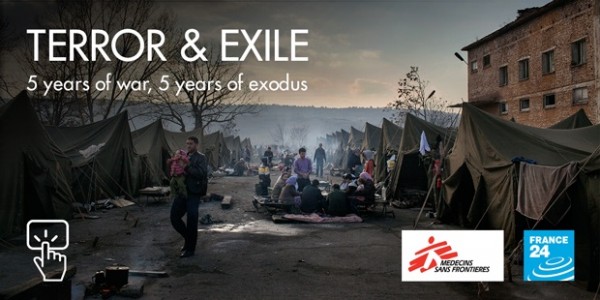 Five years after the start of the war, more than half of all Syrians have had to abandon their homes. The majority move around within the country and more than 4 million have become refugees abroad. Access to basic services has become extremely limited. More than 1.5 million people are trapped in besieged towns. Health services have not been spared. Between January 2015 and February 2016 101 air raid attacks and bombings have hit medical institutions supported by MSF.

Click on this link to view Doctors Without Borders (MSF)’s special web documentary looking at the human toll of the conflict. http://syria.msf.fr/en/#Introduction