‘Iran is the biggest factor of instability in the Middle East’: US Central Command chief 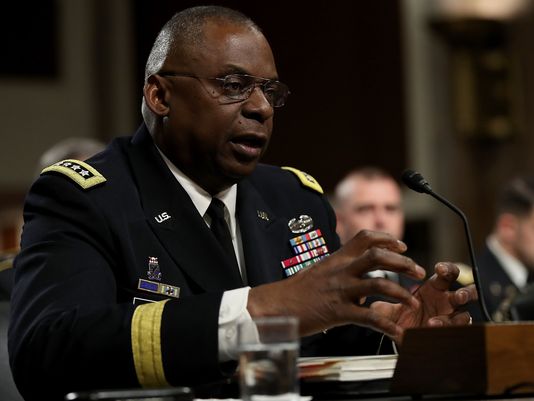 Iran is the biggest danger against civilians in the Middle East, AlKhaleejOnline reported the Chief of the US Central Command General Lloyd Austin as saying.

Speaking before the   Senate Armed Services Committee on Tuesday  , Austin  said: “Since the nuclear deal, Iran has not yet changed its acts in the region,” adding that some of its actions are not expected from a country that wants the international community to accept it.

“Iran is the biggest factor of instability in the region,” he said, adding that using Shiite militants in the Mosul battle “will be a big mistake.”

Both Austin and Gen. Joseph Votel — the head of U.S. Special Operations Command who has been nominated to replace Austin — told lawmakers  on Tuesday that Islamic State fighters represent the greatest short-term threat to U.S. security in the Middle East.

But over the long-term, both men are more concerned with Iranian support for terrorist groups and interference in neighboring governments’ operations.

Austin said he is confident that U.S. forces and allies “are defeating ISIS in Iraq and Syria” by degrading their military and economic resources. But he also acknowledged that the fight will continue for some time ahead, and require “a lot of work and focus” from both American and Iraqi leaders.

A number of the countries in the region, including the Gulf states, accuse Iran of inference in the internal affairs of Arab countries.

They also accuse it of sponsoring Shiite militants in Lebanon, Syria, Iraq and Yemen, as well as affording financial, arms and political cover for them in order to destabilise the region.