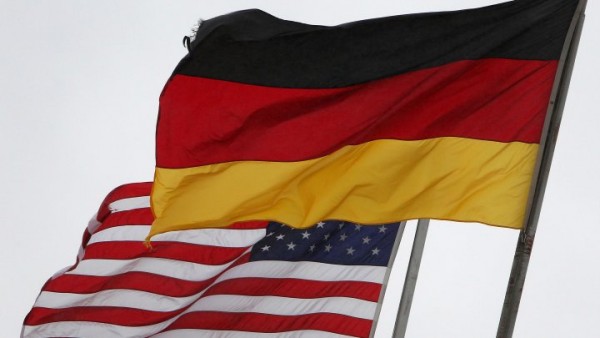 The development, which had already started to become discernible in the middle of last year, was confirmed by provisional data published by the federal statistics office Destatis: for the first time since 1975, France is no longer Germany’s biggest trading partner.

Exchange rate fluctuations and the vigour of the US economy are largely behind the change in ranking.

But the development appears to carry special political resonance at a time when Europe is fighting to hold together against the backdrop of the refugee crisis.

France has always been seen as Germany’s primary trading partner in the past, underlining the close political and economic ties between Europe’s number one and number two economies.

But the weakness of the euro against the dollar and the pick-up in the US economy has boosted Germany’s transatlantic trade.

“According to provisional data, goods worth a total 173.2 billion euros ($188 billion) changed hands between Germany and the US in 2015,” the federal statistics office Destatis calculated.

“That meant the US was Germany’s most important trading partner in 2015, followed by France with 170.1 billion euros worth of goods and the Netherlands with 167.6 billion euros,” the statement said.

In terms of exports, the US was the biggest foreign buyer of German-made goods in 2015, with exports amounting to 113.9 billion euros last year.

Exports to France, the country to which Germany has exported the most every year since 1961, amounted to 103 billion euros.

On the import side, Germany imported the most goods from China last year — 91.5 billion euros in all.

The Netherlands and France followed in second and third places with imports of 88.1 billion euros and 67 billion euros respectively, Destatis calculated.

Anton Boerner, president of the German exporters’ federation BGA, saw the development as a “turning point, a long-term phenomenon,” even if France would definitely remain “a very important partner, and politically the most important one” for Germany.

Chancellor Angela Merkel is scheduled to travel to Paris on Friday to meet with President Francois Hollande, ahead of a crucial EU summit on refugees next week.

For France, Germany remains its biggest trading partner, with 16 percent of French exports destined for its European neighbour and 17 percent of its imports coming from the other side of the Rhine.

But in the US, the economic upturn there has led to a rise in demand for German-made goods, with chemical exports to the US rising by 10 percent, machinery exports up 12 percent, cars and car parts up 23 percent.

The US has even overtaken China as the biggest customer for machine tools made in Germany, said Ralf Wiechers, economist of the specialist industry federation VDMA.

The machine tool sector accounts for nearly 10 percent of all German exports and France remains the number three customer.

“But we’re starting to worry about the tissue of French industry,” said Wiechers.

“For years now, France has pursued an industrial policy favouring large companies” and that has eroded the base of dynamic small and medium-sized enterprises.