Obama: No illusions about Syria ceasefire, but will do everything to make it succeed 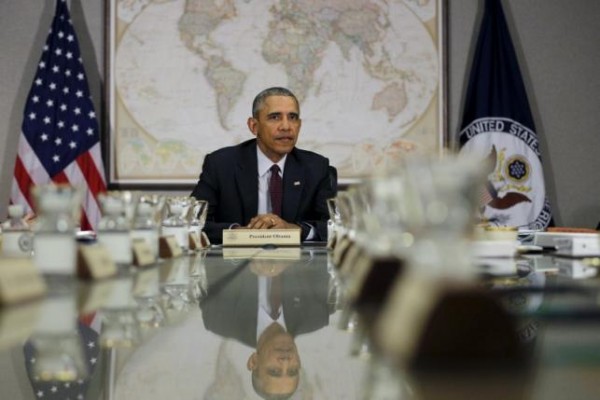 U.S. President Barack Obama said on Thursday the United States would do everything it could to make a ceasefire in Syria succeed despite significant question marks over whether the agreement will hold.

The United States, Russia and other parties have agreed to a “cessation of hostilities” in Syria that is set to begin Saturday from midnight.

After a meeting with his national security team at the State Department, Obama expressed U.S. resolve to try to make the deal work but cautioned there were reasons for skepticism.

“None of us are under any illusions. We’re all aware of the many potential pitfalls, and there are plenty of reasons for skepticism, but history would judge us harshly if we did not do our part in at least trying to end this terrible conflict with diplomacy,” he said.

“If implemented, and that’s a significant if, this cessation could reduce the violence and get more food and aid to Syrians who are suffering and desperately need it.”

Obama said the move could lead, potentially, to negotiations on a political agreement to end the civil war, allowing all parties to focus their might against Islamic State militants.

“That’s why the United States will do everything we can to maximize the chances of success in this cessation of hostilities,” he said.

Obama said the Syrian government and Russia must live up to their commitments.

“The coming days will be critical and the world will be watching,” he told reporters.

“This is going to be a test of whether the parties are truly committed to negotiations” on a political resolution to the violence in Syria, he said.

Obama stressed the agreement to halt fighting did not apply to the U.S.-led fight against Islamic State. He said the United States and its partners would continue to be “relentless” in their offensive against the militants, which he said had already left the organization with fewer fighters in Iraq and Syria.

“I am confident we will prevail,” Obama said.