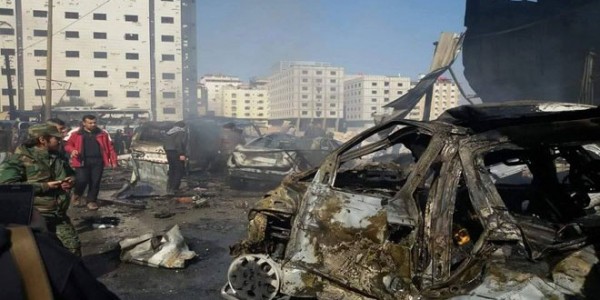 At least 31 people were killed and dozens others injured in multiple  bombings that rocked  the Damascus suburb of al-Sayyida Zainab, where Syria’s holiest Shiite shrine is located

Hezbollah’s Al-Manar TV said earlier that  at least 22 were killed in the attacks.

Four blasts hit al-Tin street in Sayeda Zeinab, pro-Damascus al-Ikhbariya said in a newsflash. It said two of the blasts were car bombs and the other two had been detonated by suicide attackers.

The Britain-based Syrian Observatory for Human Rights also reported that  there were four explosions in a combined vehicle bomb and suicide attack.

State TV said the blasts hit near the al-Sadr hospital in Sayeda Zeinab.

Sunday’s explosions came just hours after a twin bomb attack in the city of Homs which killed at least 46 people, according to the Observatory.