Garbage scandal: Lebanon is back to square one after export solution dumped 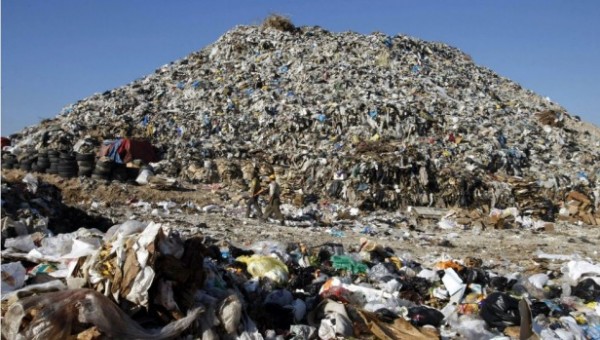 Lebanon canceled a plan to export its garbage to Russia on Friday, a government agency said, sending Beirut’s six-month garbage crisis back to square one as mountains of trash choke the city’s air and streets.

Lebanese authorities shut the main landfill site for garbage from the capital in July, without providing an alternative.

Frustrated protesters point the finger at Lebanon’s paralyzed political system, made worse because of sectarian tension that has increased with Syria’s civil war next door. The government has not passed a budget since 2005 and has been without a president for over a year and a half.

The British firm chosen to export the rubbish to Russia for disposal, Chinook Urban Mining, failed to obtain documents proving Russia had agreed to accept the waste by Friday’s deadline, annulling the deal, government agency the Council for Reconstruction and Development (CDR) said.

It said this meant the Lebanese government could now claim $2.5 million from Chinook which the waste management firm put up as a guarantee it would get the required permissions.

The CDR said the company apologized for not being able to provide the documents. Chinook declined to comment.

“The CDR will now take the necessary administrative steps, including informing (Chinook) to consider the preliminary approval canceled, and that the financial guarantee, which the company offered as a guarantee they would secure the required documents, will be claimed,” the CDR said in a statement.

Untreated, unmanaged garbage threatens the water supply and people continue to burn garbage — despite a government ban — filling the air with foul smoke that contains dangerous levels of pollutants and carcinogens.

At a National Dialogue session on Thursday, Prime Minister Tammam Salam said if the export plan fell through, he would ask politicians to reconsider the original landfill plan, and also said he had asked for an incineration plan to be looked into.

Foreign Minister Gebran Bassil said on Friday that it was time to have decentralization in waste management after a plan to export Lebanon’s garbage failed.

“The export of waste is the worst solution,” said Bassil at a press conference he held at the Bustros Palace.

“No country in the world resolves its waste problem through export,” he said.

“It’s time for decentralization in a waste management plan. We should encourage municipalities to find solutions,” the foreign minister, who is the head of the Free Patriotic Movement, told reporters.

Bassil called for the establishment of landfills to resolve the waste crisis away from sectarian shares.

“All sides have admitted that the Naameh landfill can still operate while providing the town’s residents with their rights,” he said.

The garbage crisis erupted in July last year when the landfill in the town of Naameh south of Beirut was closed.

Trash began piling up on the streets, and garbage was dumped in makeshift landfills, including river banks, valleys and under bridges.

When a plan to decentralize waste management failed last year, the government approved a scheme to export the garbage.

“There should be a political decision to stop benefiting from the trash” file, said Bassil, hinting about rampant corruption.

The foreign minister also called for decision by the authorities to deal with the issue “fairly.”

There should be scientific studies on where the landfills should be located, he said.