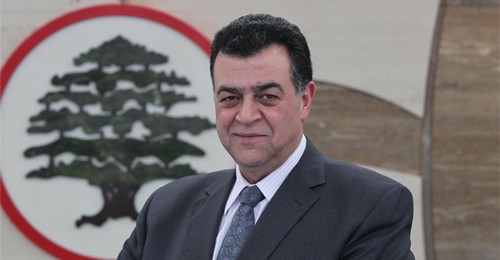 “The Lebanese Forces is a main component of the March 14 [bloc] and the Feb. 14 anniversary concerns all of us,” Maalouf said in an interview with Voice of Lebanon 93.3 radio station.

Geagea, who  was the first to announce his presidential candidacy was upset by Hariri’s move  and ended up endorsing  his war-time foe Free Patriotic Movement founder MP Michel Aoun.

Dismissing  the  growing rift among the March 14 alliance , Maalouf  stressed  that his party is “committed to the principles of the March 14 bloc regardless of existing differences, especially the presidency issue.”

The LF lawmaker did not indicate whether his leader will be attending the anniversary ceremony, but said that “Geagea’s participation in the anniversary commemorations is linked to the security situation.”

Saad Hariri is expected to deliver a  televised speech via video link  at the commemoration , marking the 11th anniversary of his father’s killing.