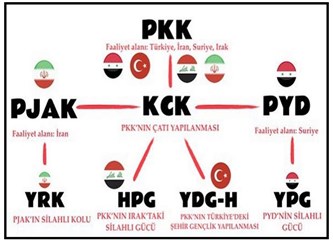 Turkey summoned the U.S. ambassador to express its displeasure on Tuesday after a State Department spokesman said Washington did not regard Syria’s Kurdish Democratic Union Party (PYD) as a terrorist organisation, a Turkish foreign ministry official said.

Tensions between the two NATO allies have flared over the PYD, which Washington supports in its struggle against Islamic State militants in Syria.

Ankara sees it as a sister of the Kurdistan Workers Party (PKK), with which it has been embroiled in fierce fighting in southeast Turkey since their decades-old conflict reignited last July. The PKK is classed as a terrorist organisation by Turkey, the United States and the European Union.

Asked about the difference in opinion with Turkey on Monday, State Department Spokesman John Kirby said: “This is not a new concern, as I said, that the Turks have proffered. And we don’t, as you know, recognise the PYD as a terrorist organization.”

On Tuesday, Kirby confirmed that U.S. Ambassador to Turkey John Bass met senior Turkish officials on Tuesday, although he declined to describe what they discussed. The spokesman also said the United States has not changed its views on the PYD.

Turkey fears advances by Kurdish YPG militia, backed by the PYD, on the Syrian side of the two countries’ 900-km (560-mile) border will fuel separatist ambitions among its own Kurds.

It has been conducting a violent crackdown on the PKK in the southeast, with hundred of militants, security force members and civilians killed.

President Tayyip Erdogan has previously hinted that Turkey may conduct military operations in Syria to halt the YPG’s advance.