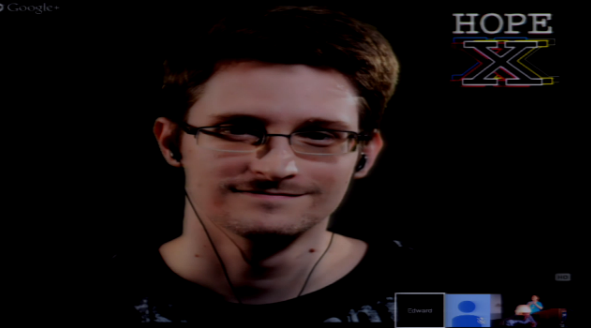 The United States and Britain have monitored secret sorties and communications by Israel’s air force in a hacking operation dating back to 1998, according to documents attributed to leaks by former U.S. spy agency contractor Edward Snowden.

Israel voiced disappointment at the disclosures, which were published on Friday in three media outlets and might further strain relations with Washington after years of feuding over strategies on Iran and the Palestinians.

The spy operation, codenamed “Anarchist”, was run out of a Cyprus base and targeted other Middle East states too, it said. Its findings were mirrored by stories in Germany’s Der Spiegel news magazine and the online publication The Intercept, which lists Snowden confidant Glenn Greenwald among its associates.

“This access is indispensable for maintaining an understanding of Israeli military training and operations and thus an insight to possible future developments in the region,” The Intercept quoted a classified GCHQ report as saying in 2008.

That year, Israel went to war against Hamas guerrillas in Gaza and began issuing increasingly vocal threats to attack Iranian nuclear facilities if it deemed international diplomacy insufficient to deny its arch-foe the means of making a bomb.

Asked for comment, the United States and Britain said through spokespeople for their embassies in Israel that they do not publicly discuss intelligence matters.

NOT “DEEPEST KINGDOM OF SECRETS”

“I do not think that this is the deepest kingdom of secrets, but it is certainly something that should not happen, which is unpleasant,” he told Israel’s Army Radio. “We will now have to look and consider changing the encryption, certainly.”

With the Netanyahu government and Obama administration at loggerheads over the U.S.-led nuclear agreement with Iran, there have been a series of high-profile media exposes in recent months alleging mutual espionage between the allies.

Israel insists that it ceased such missions since it ran U.S. Navy analyst Jonathan Pollard as an agent in the 1980s.

“We know that the Americans spy on the whole world, and also on us, also on their friends,” Steinitz said. “But still, it is disappointing, inter alia because, going back decades already, we have not spied nor collected intelligence nor hacked encryptions in the United States.”

The Intercept report included what it said were images of armed Israeli drones hacked from onboard cameras’ live feeds.

Israel neither confirms nor denies having armed drones, though one of its senior military officers was quoted as acknowledging their existence in a 2010 U.S. diplomatic cable that was previously disseminated by WikiLeaks.

Yedioth said that the hacking revelations could hurt Israeli drone sales to Germany should Berlin worry about the aircraft networks’ security. But Steinitz brushed off that possibility.

“Every country carries out its own encryption,” he said.