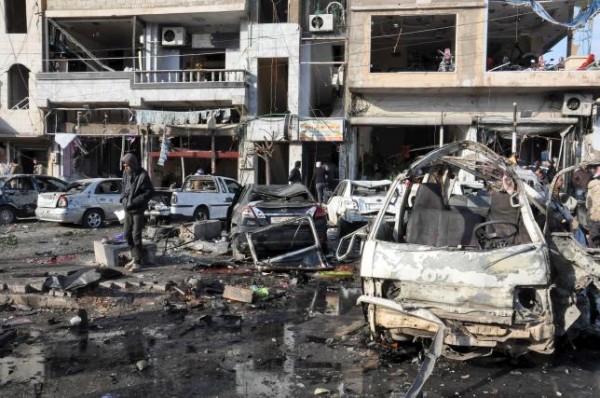 People inspect the site of a double bomb attack in the government-controlled city of Homs, Syria, in this handout picture provided by SANA on January 26, 2016. REUTERS/SANA/Handout via Reuters
Share:

A double bomb attack in the Syrian government-controlled city of Homs on Tuesday killed 22 people and wounded more than 100, Syrian state TV reported.

The governor of Homs said the initial attack was a car bomb that had targeted a security checkpoint. A suicide bomber then set off an explosive belt, state media reported.

The hardline militant group Islamic State claimed responsibility for the attack, saying it had killed at least 30 people.