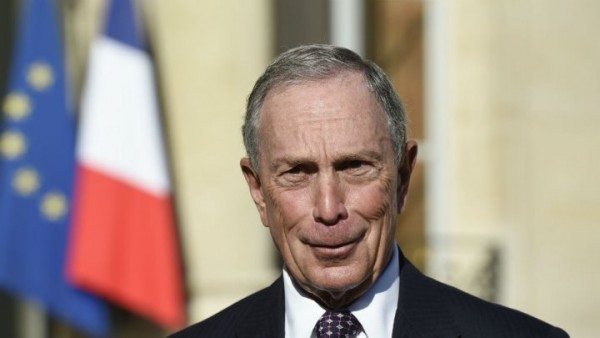 Michael Bloomberg, the billionaire former mayor of New York City, has told his aides to draw up plans for an independent campaign for the U.S. presidency, the New York Times reported on Saturday.

Bloomberg has advised friends and associates that he would be willing to spend at least $1 billion of his own money on a campaign for the November 2016 election, the Times said, citing sources briefed on the former mayor’s thinking.

Bloomberg, 73, has given himself an early March deadline for entering the race, the Times reported, after commissioning a poll in December to see how he would fare against Donald Trump and Hillary Clinton, the Republican and Democratic frontrunners.

No independent has ever won a U.S. presidential election. But Bloomberg, who has close Wall Street ties and liberal social views, sees an opening for his candidacy if Republicans nominate Trump or Texas Senator Ted Cruz and the Democrats nominate Vermont Senator Bernie Sanders, the Times said.

Bloomberg, who has long privately flirted with the idea of mounting a presidential run, served as mayor of New York City from 2002 to 2013. He switched his party affiliation from Republican to independent in 2007 and in recent years has spent millions on national campaigns to tighten U.S. gun laws and reform immigration.

One anonymous Bloomberg adviser told the Times the former mayor believes voters want « a non-ideological, bipartisan, results-oriented vision » that has not been offered in the 2016 election cycle by either political party.

A well-financed presidential run by Bloomberg would likely disrupt the dynamics of the election, but the billionaire would face significant hurdles in a race that has been in full swing for nearly a year.

Though no third-party candidate has ever claimed the White House, several previous bids have affected the overall makeup of the race. In 1992 Texas businessman Ross Perot ran as an independent, a decision that some believe helped Democrat Bill Clinton defeat incumbent Republican George H. W. Bush.

Part of Bloomberg’s motivation to enter the race stems from a frustration with Clinton’s campaign, the Times reported. Clinton has been dogged by questions about her honesty amid an ongoing investigation into her use of a private email server as secretary of state.

Sanders, Clinton’s chief rival, has recently surged in polling in key early voting states Iowa and New Hampshire. That development has made Bloomberg increasingly worried about a general election between Sanders, a self-described socialist, and Trump or Cruz, both of whom have staked out far-right positions on issues like immigration.

Representatives for Bloomberg could not immediately be reached for comment.