US and Iran: A long way to go before they can really be friends 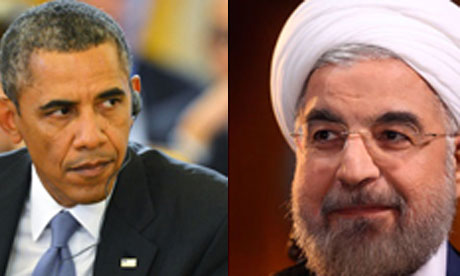 Saturday’s news of a U.S.-Iran prisoner swap seems at first glance to suggest that the two countries may grow closer following last year’s nuclear deal. The announcement of the largely unexpected exchange even overshadowed the later announcement that Iran had upheld its part of the nuclear agreement by implementing monitoring measures and extending how long it would take for it to build a nuclear weapon.

But to many Muslim world leaders, the U.S. push toward closer ties with Iran is desperately flawed. And unless those countries — such as the powerful Gulf states — change their opinion, the U.S. can’t fully embrace Iran as the strategic partner some say it should be.

The Arab Sunni Muslim leaders of the closest U.S. allies in the region — Saudi Arabia, the United Arab Emirates, Bahrain, Jordan and other states — have said for years that President Barack Obama is too keen to work with the Shiite rulers of Iran. They see Tehran as dangerous. They point to historic worries about the anti-monarchy 1979 revolution there inspiring similar rebellions among large Shiite minorities in Sunni-led states. They also note Iran’s web of regional relationships, with players like Lebanon’s  Hezbollah paramilitary movement, Syria’s brutal dictator Bashar Assad and Shiite figures in Iraq. In the case of Iraq, those leaders’ violence helped radicalize Sunni Iraqis, who have since aided the self-described Islamic State terrorist group.

(Of course, the Sunni-led states have long supported their own controversial players in Lebanon, Syria, Yemen and elsewhere to counter Iranian influence. They’ve often received American help in those efforts.)

“The prevailing sentiment in Saudi Arabia is that the Obama administration has committed to making rapprochement with Iran a central element of its foreign policy legacy,” said Fahad Nazer, a former political analyst at the Saudi Embassy in Washington. “From the Saudi perspective, the U.S. is primarily relying on carrots with Iran, while Iran is using primarily sticks with the U.S. There is a perception that Iran’s decades-long intransigence and support of various militant groups across the Middle East has been rewarded by the U.S. and the West.”

Iran is seen as imposing its terms on the U.S., according to Nazer, now a senior analyst at the international consultancy firm JTG, Inc.

Different Sunni Arab leaders feel this way for different reasons. A few speak of Obama as so naïve that he is a tool in the hands of deceitful Iranians who want to consolidate what Jordanian King Abdullah called “a [Shiite] crescent” of Iranian surrogates. Others say the president is cynical and deliberately dishonest about the Middle East — uninterested in tragedy, particularly if it’s linked to Iran as in the case of Assad’s five-year-long massacre of his own people; desperate to shift American resources and attention elsewhere; and so enamored with the idea of effecting a foreign policy shift that he doesn’t care what long-term consequences his decisions have.

Despite massive U.S. arms sales and public reassurances of continued friendship after the Iran nuclear deal last summer, Sunni policymakers in the Middle East say they have yet to see evidence that challenges the latest American policy on Iran.

And Saturday’s prisoner exchange isn’t likely to provide the proof they want that Obama is willing to be tough on the country. Commentators have noted that the prisoners Iran is surrendering are being held under suspect circumstances, while those Washington has released were proven criminals.

Rather than surprised, some observers in the region are simply amused, according to a Lebanese journalist in Beirut who asked to remain anonymous.

“Iran gets away with being the arsonist and the fire brigade,” she told The Huffington Post Saturday. “They take people hostage and they are praised and get a price for releasing them.”

(Unpopular among Obama administration officials and the Americans’ families, the term “hostages” is one that critics abroad and at home in the U.S. are fond of.)

Convinced that they must deal with what they see as the Iranian threat on their own, leaders in Saudi Arabia, the de facto head of this Sunni Arab-led group, have made their own efforts to isolate Iran. Most recently, they cut diplomatic ties over Iran’s rebuke of a Shiite cleric’s execution in the Sunni ruled-state, and have also built a Muslim anti-terror coalition that pointedly excludes the world’s largest Shiite-led country.

The recent past suggests that such action won’t be guided by a concern for Washington’s strategy, even as it forces Washington to act the way the Sunni Arabs would like.

The Saudis launched their campaign against an Iran-linked insurgency in Yemen last year with only minimal consultation with the Obama administration. They have since been able to embroil the U.S. in the bloody war there by asserting that it is an existential struggle for Saudi Arabia’s survival and tacitly portraying support in Yemen as the price of public support for the Iran deal. This year, they executed the cleric, Sheikh Nimr al-Nimr, despite U.S. warnings that it might escalate Shiite-Sunni tensions across the region. While the Obama administration avoided a mini-crisis in January over the executions in Riyadh, it could not maneuver its way out of publicly backing the Saudi government and dealing with the criticism that ensued.

Despite the effect that falling oil prices and foreign wars have had on their budgets, Saudi Arabia and other Sunni Arab countries wary of Iran can also exert strong influence in important countries like nuclear-armed Pakistan, which is ostensibly neutral on Middle Eastern rivalry. Decades of previous investment in educating hyper-conservative clerics later sent around the Muslim world and supporting actors who might help weaken Iranian influence, such as in Syria and Lebanon, have left Saudi Arabia with significant authority in the global Sunni community — and a network of supporters who view Shiites and Iran as anathema. That won’t go away, despite some observers’ warnings about economic pressure now reining in Riyadh.

Even as the Sunni Arab states show that they will regularly force the U.S. to pick sides between them and Iran, enforcing a divide despite U.S. efforts to maintain dialogue over issues like Syria, several of Washington’s own interests will make it impossible for the outgoing Obama administration to, as some suggest, begin treating Iran as a favored or even more “natural” chief partner in the region. (That latter claim is often made by observers who are uncomfortable with Saudi Arabia’s notorious human rights record and the state’s embrace of an especially hardline version of Sunni Islam, and/or the violent tactics employed by the top U.S. Middle East ally, Israel.)
Consider the following factors: