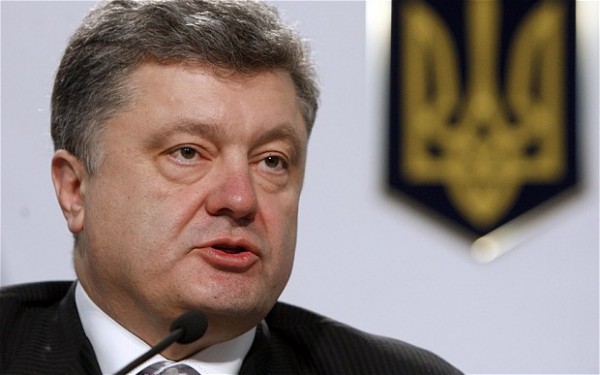 Ukraine is ready to sign a new contract to supply Crimea with electricity provided the region is recognized as part of Ukraine, President Petro Poroshenko told reporters at a news conference on Thursday.

Power supplies to the disputed Crimean peninsula, which was annexed by Russia in 2014, have been disrupted after electricity pylons were blown up by unknown saboteurs in November.

Poroshenko also said he expected inflation to be significantly slower in 2016, compared to the rate of 33.3 percent seen last year.

When the residents of  Crimea voted enthusiastically to secede from Ukraine and to become Russians, they thought the chaos and corruption that made daily life a struggle were a thing of the past.

Now that many of them are being forced to cook and boil drinking water on open fires, however, they are beginning to reconsider.

There has been no steady electricity supply in several parts of Crimea  since Nov. 22, when protesters in Ukraine blew up the lines still feeding Crimea with most of its electric power. The bigger towns and cities are only marginally better off.

Yet, people here are not sure whom to blame more for their predicament: the Crimean Tatar activists and Ukrainian nationalists who cut off Crimea’s link to the Ukrainian power grid or the local government officials who claimed to have enough power generators stored away to handle such an emergency.

“The circus is gone, but the clowns stayed,” said Leonid Zakharov, 45, leaning on a wooden cane. Moscow may have purged Ukrainian authority, he said, but many of the same corrupt and incompetent officials remained in office and life was only slightly less chaotic than before.