Islamic State fighter shot and killed his own mother in public 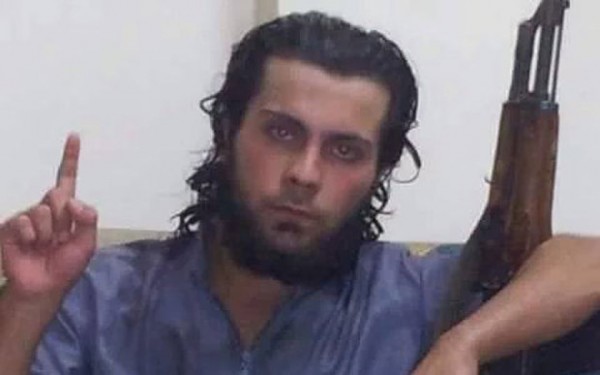 Islamic State fighter Ali Saqr al-Qasem, 20, shot his mother, Leena, in the head with an assault rifle in front of a large crowd Photo: Twitter
Share:
An Islamic State fighter shot and killed his own mother before onlookers at a public square in the Syrian city of Raqqa after he was told that she was not a true believer, activists reported Friday, the latest in IS’s brutal public killings over the past two years in the de facto capital of the group’s self-proclaimed caliphate.

The killings – and there have been scores since IS blitzed across Iraq and Syria to capture large swaths of land in the summer of 2014 – are meant to spread terror and intimidate opponents. Many have been captured on camera, with the gruesome videos later posted on social media sites.

In 2014, a woman was stoned to death after IS charged her with adultery. Last year, the group put a Jordanian pilot inside a metal cage, then set him on fire, apparently also in Raqqa. The Islamic State has also posted images of beheadings of captured foreigners, journalists and aid workers, including Americans, British and those of other nationalities.

According to the Britain-based Syrian Observatory for Human Rights, which tracks the Syrian conflict, 20-year-old IS fighter Ali Sakr killed his mother in a public square in Raqqa on Thursday.

The Observatory said the woman, Lina Qassem, who was in her 40s, was originally from Syria’s coastal region but had been living in the northern town of Tabqa for more than 20 years. The group said she was trying to convince her son to leave the extremist group and flee Raqqa but he in turn informed IS on her.

Abu Mohammed, a member of a Raqqa-based activist group that reports on IS, known as Raqqa is Being Slaughtered Silently, also reported the killing on his Twitter account. The Observatory said it took place near the local post office building, where Qassem worked.

Meanwhile, clashes in Iraq between a joint Turkish-Iraqi force and Islamic State militants near a training camp outside the northern city of Mosul left at least 18 IS fighters dead, the Turkish president and a former Iraqi governor said Friday.

The fighting erupted late on Thursday outside the Bashiqa camp, which was at the center of a controversy last month when Turkey moved troops there to protect Turkish trainers aiding local Sunni fighters hoping to take back Mosul from the Islamic State group.

Baghdad has demanded that Turkish troops withdraw, describing their presence as a violation of international law. Ankara has pulled some troops out but not all.

Turkish President Erdogan said on Friday that IS tried to infiltrate Bashiqa, triggering the clashes. Former Iraqi governor Atheel al-Nujaifi, who founded the training camp, said the attack was pre-empted.

But the commander of the training camp, Maj Gen. Mohammed Yahya, told The Associated Press that he was at the camp on Thursday night and there were no such clashes.

“There were airstrikes on IS targets, but there’s always airstrikes. Our troops were not involved in any fighting,” he insisted.

A commander with the Iraqi Kurdish peshmerga forces at the frontline near the training camp said airstrikes killed 16 IS fighters there on Thursday night. The commander, Saeed Mamuzini, said he was not aware of any fighting between the Sunni-Turkish forces and the IS group.

The disparate accounts of the events Thursday night could not immediately be reconciled.
ASSOCIATED PRESS