Security is focus at U.S. churches, mosques like never before amid heightened fears 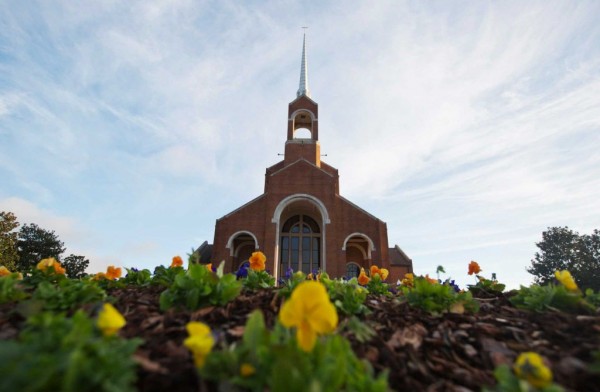 This Thursday, Dec. 17, 2015 photo shows the Briarwood Presbyterian Church in Birmingham, Ala. A bill the Alabama Legislature passed in August would have let church in metro Birmingham hire at least one police officer and perhaps more, giving them the same authority as city or county enforcement on properties that include the church and a large private school. Gov. Robert Bentley refused to sign the legislation, which died on his desk as some lawmakers and administration officials worried the bill could open the door to private police forces statewide. Photo: Brynn Anderson, AP
Share: 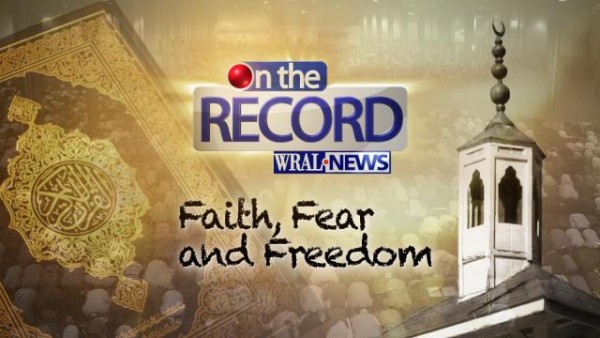 WASHINGTON DC – In Alabama, a Presbyterian church wanted to be able to hire its own police for protection. Mosque leaders around the country are meeting with law enforcement officials as an anti-Muslim furor fuels arson attacks and vandalism. And the Federal Emergency Management Agency has been holding specialized training for congregations for “all hazards, including active shooter incidents.”

Religious congregations across the United States are concentrating on safety like never before following a season of violence, from the slaughter unleashed in June by a white shooter at a historically black church in Charleston, South Carolina, to the killings this month in San Bernardino, California.

The Council on American-Islamic Relations said 2015 is shaping up as the worst year ever for U.S. mosques, amid the backlash to the Islamic-extremist attacks in Paris and San Bernardino, and the intensifying anti-Muslim rhetoric from Donald Trump and others seeking the GOP presidential nomination. Preliminary 2015 data collected by the civil rights organization found 71 reported cases of vandalism, harassment and threats, with 29 of those incidents occurring since the Nov. 13 assaults in France.

Christian churches have been refining their security plans ahead of receiving some of their largest crowds of the year for Christmas. On a FEMA webinar last Wednesday on protecting houses of worship, the chief security executive at The Potter’s House, the Rev. T.D. Jakes’ megachurch in Dallas, gave tips about behavior that should raise concern, such as a congregant arriving in a long coat in hot weather. If needed, church greeters could give a hug and feel for weapons, said the executive, Sean Smith.

“I call it the Holy Ghost pat-down,” Smith said.

Congregations and other religious sites have long been targets of violence and vandalism, especially African-American churches going back at least to the civil rights movement. In 2007, a young man on a shooting spree killed two people at an evangelical ministry and two more at New Life Church in Colorado Springs, Colorado. In 2012, a white supremacist killed six people at a Sikh temple in Oak Creek, Wisconsin. And last year, a white supremacist killed three people at a Jewish Community Center and retirement home in suburban Kansas City.

After the Sept. 11, 2001, attacks, Jewish groups led an effort that persuaded Congress to provide grants through the Department of Homeland Security to improve protection of congregations. Even so, a 2013 poll by the Barna Group for Brotherhood Mutual Insurance found nearly 60 percent of Protestant churches nationwide did not have a formal security plan for worship services.

Now anxieties over security are reaching a new level with national attention focused on mass shootings and terror threats, renewing debate about how far congregations should go to protect themselves given the religious imperative to be open to newcomers.

In Charlotte, North Carolina, St. Matthew Roman Catholic Church, which draws about 30,000 worshippers to its weekend Masses, this month alerted parishioners to beefed-up security, such as uniformed and plain-clothes police officers at services, and a ban on backpacks, baby strollers and diaper bags in worship areas.

“People feel that is almost like a weight lifted, in light of what is happening in the world today,” said Antoinette Usher, the facilities and operations director at St. Matthew, which has held three security training sessions for staff, including active-shooter training. “They were feeling a little concerned about being a house of worship. You’re facing forward. Someone could come in from behind.”

Rod Pires, who runs a church security ministry in the Atlanta area, said he is getting more and more requests for help, including several calls daily from churches asking whether they should arm their members or develop a security plan. Several states allow concealed weapons in churches, including Arkansas, Illinois and North Dakota.

A bill the Alabama Legislature passed in August would have let Briarwood Presbyterian Church in metro Birmingham hire at least one police officer and perhaps more, giving them the same authority as city or county enforcement on properties that include the church and a large private school. Gov. Robert Bentley refused to sign the legislation, which died on his desk as some lawmakers and administration officials worried the bill could open the door to private police forces statewide.

“As soon as there’s a mass shooting the phone just starts ringing off the hook, and everyone wants a quick solution,” said Pires, CEO of Church Security 360 Degrees and former security chief at First Baptist Church of Atlanta. But guns in worship? Pires rejects the idea without a full security assessment and competent people trained to handle firearms.

Most recently, concern has been focused on mosques. Last Monday, the White House convened meetings of Muslim and Sikh leaders to discuss the uptick in hate crimes against their houses of worship and individual members of their faiths. Sikhs, who wear turbans, are often mistaken for Muslims.

The alarming cases of harassment include a November anti-Muslim rally with some armed demonstrators outside of an Irving, Texas, mosque, and an arson attack at the Islamic Society of Coachella Valley in California, about 75 miles from San Bernardino. Last weekend, two mosques in the Los Angeles suburb of Hawthorne were vandalized with paint and a fake grenade was left. And the Anti-Defamation League, which also tracks hate crimes, said three California houses run by the Chabad-Lubavitch Hasidic movement received hand-written letters saying Jews should get out of “our white country” and “take the Muslims with you.”

At ADAMS in Sterling, Virginia, one of the largest Muslim congregations in the country, the security guards resigned, saying they felt they could no longer protect the mosque amid the anti-Muslim uproar, ADAMS board chairman Rizwan Jaka said. The guards have been replaced with a more experienced team and the center’s leaders are trying to reassure Muslims worried about the risks of attending Friday prayers.

“Mosques are targets, so it’s a natural fear they might have,” Jaka said. “We’re probably back to normal from a congregational attendance perspective since we got the upgraded security.”

On the FEMA webinar, officials emphasized the need for heightened security for all houses of worship. Katherine Schweit, chief of the active-shooter section in the FBI’s Office of Partner Engagement, explained how congregants could create confusion to distract shooters.

“You can fight by everyone throwing a Bible at them,” Schweit said, “and I mean that in a very respectful way because I am a Bible-fearing person.”SAN FRANCISCO CHRONICLE/AP