US calls 1st commando mission into Syria a success 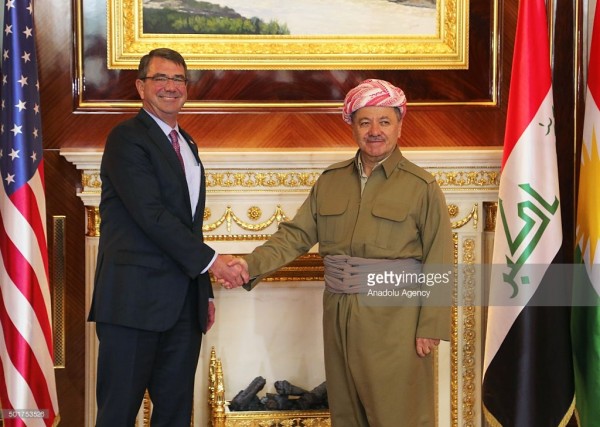 United States Defense Secretary Ash Carter says the first mission by a new team of special operations forces into Syria was successful in identifying Syrian Arab fighters the coalition can work with to oust Islamic State militants from their self-proclaimed capital of Raqqa.

Speaking after meeting with several members of the team and commanders, Carter said the U.S. commandos went into Syria to “identify and link up with local forces, especially Syrian Arab forces that were willing to fight ISIL but needed our help.”

He said it was encouraging to find some, and the mission suggests there are more out there who would be willing to strike Raqqa.

“I think the point is that it bore the fruit that we hoped it would,” Carter told reporters Thursday as he wrapped up meetings with troops, commanders and Kurdish leaders in Irbil. It was the first time he has spoken openly about the mission.

A senior U.S. defense official said the team members were very positive about their meetings and said they believe the Syrians are interested in going after IS.

The administration announced in late October that President Barack Obama had approved sending up to 50 special operations troops to Syria on the first open-ended mission by U.S. ground forces in that country.

Initially, U.S. officials would only acknowledge that a small advance party of special operations forces had gone into Syria and had returned. But they provided no details.

But on Monday, Obama referred to the commandos during his comments at the Pentagon after meeting with his national security team there.

He said the special operations forces had started their work helping local groups cut off IS supply lines and put pressure on Raqqa. Carter, however, had so far declined to discuss the mission.

Carter was in Irbil Thursday as part of a weeklong trip to the region, and his second day in Iraq. He met with the president of Iraq’s autonomous Kurdish region, Massoud Barzani, and with coalition commanders, and later met with some of the special operations team and had dinner with troops.

He said Barzani assured him that Kurdish forces will participate in the effort to encircle and retake Mosul, which is under the control of IS, a mission that is months away.

And he said the next major shipment of arms to the Kurds will be enough equipment to fully arm two of the Kurdish brigades who will then be able to join the Mosul fight. The senior defense official said the equipment could get to the Kurds within weeks, and will include weapons, ammunition, armored vehicles, communications and medical equipment, generators and body armor.

Initially the U.S. was going to wait until the Kurds had trained two new brigades before providing the equipment. But after the Thursday meeting officials said they had agreed to the Kurds’ request to provide it sooner.

The senior official was not authorized to discuss the issues publicly, so spoke on condition of anonymity.