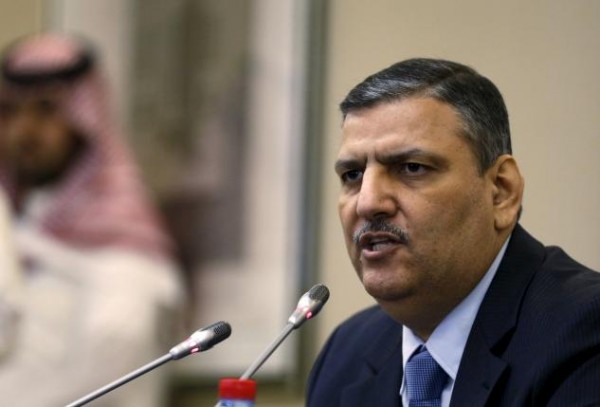 The United States, Russia, Iran, Saudi Arabia and major European and Arab powers outlined a plan last month for a political process in Syria leading to elections within 18 months, in the hope of ending its five-year-old civil war.

It includes a nationwide ceasefire and six months of talks beginning in January between Assad’s government and the opposition on forming a unity government.

U.S. Secretary of State John Kerry, Russian Foreign Minister Sergei Lavrov and more than a dozen other ministers will meet for a third time in New York on Friday in an effort to keep up momentum toward a peace deal.

Riad Hijab, elected on Thursday as coordinator by an opposition body set up in Saudi Arabia last week, said Security Council resolutions and the Geneva 1 road map drawn up in 2012 provided for a political transition in Syria without the president and a transitional governing council with full executive powers.

“We are going into negotiations on this principle, we are not entering talks (based on) anything else. There will be no concession,” he told reporters on Friday.

Hijab’s position highlights the deep differences over Assad’s fate and a future political transition in Syria among the parties to the talks.

Western diplomats say Western powers, Turkey, Saudi Arabia and others have reluctantly agreed to allow Assad to remain in place during a transition period, a compromise that has opened the door to a shift in Russia’s stance.

Moscow has made clear to Western nations that it has no objection to the president stepping down eventually as part of a peace process, in a softening of its staunch backing of Assad, diplomats said.

Like Russia, Iran is a firm ally of Assad and is helping him militarily against anti-government forces.

On Thursday, Hijab, who defected from Assad’s government in 2012, won the backing of more than two thirds of the 34 delegates of opposition groups summoned to Riyadh by world powers in a bid to unite them and settle longstanding rivalries.

A new body includes representatives of fighting groups such as the powerful Islamist Ahrar al-Sham and Free Syrian Army units that have received military support from states such as Saudi Arabia and the United States.

But it does not include the al Qaeda-linked Nusra Front, or Islamic State, among the strongest opponents of Assad.

Divisions within the Syrian opposition have hampered efforts to resolve the conflict.

Hijab said the body had formed a negotiating delegation and committees that would deal with legal issues and international affairs and support, Saudi state news agency SPA reported.

He said that before any negotiations, Assad’s forces must implement trust-building measures like releasing prisoners, especially women and children, stopping barrel bombings and allowing humanitarian aid.

“We will not accept any pressure. The aims of the revolution and the international resolutions, we cling to them, and we will not give them up,” Hijab said.

“I call it a battle in terms of the negotiation process and the political process. It is in tandem with what is happening on the ground,” he added.

“Our first option is the peaceful option. But if it’s not complete, the other option will continue and will not stop … until it fulfils the aims of toppling the illegitimate regime.”