A burglar found the hard way that crime doesn’t pay 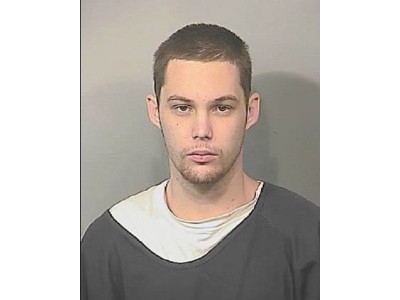 By: Sherri Lonon
Palm Bay, FL – A 22-year-old man reportedly out to burglarize a few homes in Brevard County found out the hard way that crime doesn’t pay.

According to the Brevard County Sheriff’s Office, a burglary suspect they were actively looking for on Nov. 13 realized deputies were hot on his trail and chose to hide near Barefoot Bay lake. That decision proved fatal.

While hiding near the water, it seems the burglary suspect, identified as Matthew Riggins, ran afoul of an 11-foot ( (3.35 Meters) alligator. Seeing easy prey, the gator attacked.

Riggins, the sheriff’s office said, drowned as a result of that attack. His body, however, wasn’t found until 10 days after the initial burglary call came in.

The incident that led up to Riggins’ death began to unfold in the late evening hours of Nov. 12. Riggins, the sheriff’s office wrote in a media release, told his girlfriend he and another man planned to go to Barefoot Bay that night to “commit burglaries.”

It was around 2 a.m. Nov. 13 when the sheriff’s office was called out to investigate two suspicious men in that area. The men, deputies were told, were dressed in all black and were seen walking behind homes in the area.

Deputies caught up with the two men on Royal Palm Boulevard, but the suspects fled. While K9 and aviation units were called out, deputies did not catch their suspects that evening.

“It was later learned that Riggins had contacted his girlfriend during the timeframe of the search, advising that they were being chased by deputies,” the media release stated. “Riggins was reported as a missing person to the Palm Bay Police Department later that day when he did not return home.”

Riggins remained missing until Nov. 23 when his body was spotted in the lake. The sheriff’s dive team was called in for the retrieval. Its members also spotted that 11-foot gator and noted it was a rather aggressive one.

Because of the gator’s aggressive behavior and the trauma observed on Riggins’ body, deputies called a Florida Fish and Wildlife Conservation Commission trapper for help. The gator was ultimately captured and euthanized, the agency said.

A forensic examination of the critter revealed it was indeed the one involved in Riggins’ death, the agency noted. Riggins’ official cause of death was listed as drowning as a result of the alligator attack.

Deputies say they’ve identified the man with Riggins that evening, but he hasn’t cooperated with their investigation so far.

Riggins’ death is the second alligator-related human fatality in Florida in 2015. In October, a man was killed while swimming in the waters of Blue Spring State Park.

Despite the state’s bustling alligator population, fatal attacks are not common in Florida. Between 1948 and 2013, there were 22 fatalities recorded, according to FWC records. During that period, a total of 122 minor bites and 235 major bites were also logged. The last fatal alligator attack on record prior to this year occurred in 2007.

Alligator-related human fatalities might not be common, but encounters with the creatures are. Those encounters add up to so many over the course of any given year that the state has set up its own hotline to accept nuisance alligator calls. That number is 1-866-FWC-GATOR (866-392-4286).