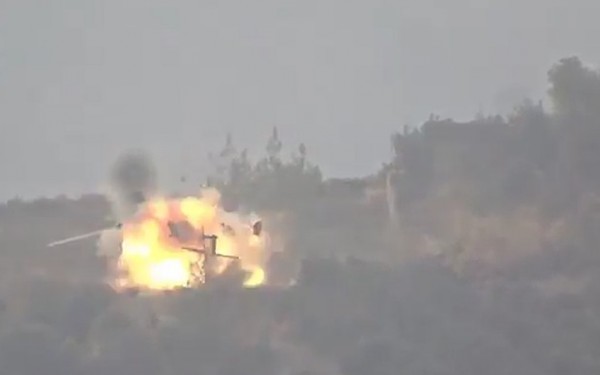 Syrian fighters destroyed a Russian helicopter with a missile, shortly after they forced it to make an emergency landing in a nearby government-held area in Syria’s Latakia province on Tuesday, the Syrian Observatory for Human Rights said.

A Syrian insurgent group, recipient of U.S. Tow missiles, said its fighters hit the helicopter with an anti-tank missile while it was in the air and put out a video showing the helicopter being blown up after one of its fighters struck it with another missile.

Rami Abdulrahman from the Observatory, which tracks the conflict in Syria through a wide network of sources, said at least ten people were on the helicopter when it was hit by the insurgents but they were all evacuated when it landed and before the missile destroyed it.

The Russian defense ministry did not answer calls from Reuters seeking comment on the reports about the helicopter.