Why Beirut Matters Too

BY: Kevin A. Lees 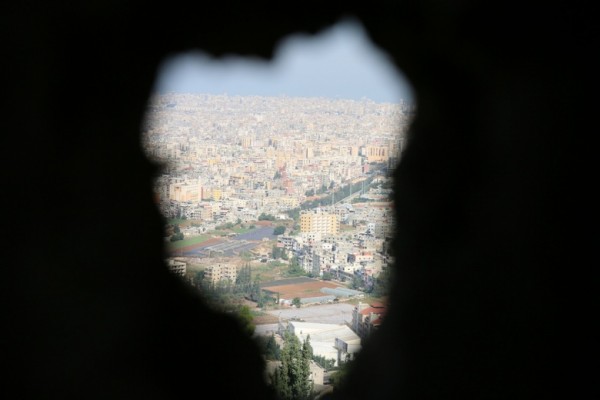 So there’s a bit of intercultural vertigo when you step into the Ksara winery, a Bordeaux-style chateau that has been producing wines since 1857, long before anyone had heard of Hezbollah—or the independent state of Lebanon, for that matter. Putting aside the winery’s turbulent history, the experience of a wine tasting there wouldn’t feel out of place in Bas-Médoc, most of all because so many of Lebanon’s grape varietals are French. Though Lebanon has been growing wine since the time of the Phoenicians, Jesuit priests established the vineyard with French technology and experts from French-controlled Algeria, and it flourished in the early twentieth century during France’s colonial “mandate” for the post–World War I Middle East.

Though the vineyard represents one of the more sublime ties between France and Lebanon, relations have not always been so harmonious. François Georges-Picot, a Frenchman, gave his name to the Sykes-Picot Agreement, which carved the Middle East into the arbitrary and highly problematic national borders of today’s Turkey, Syria, Lebanon and Iraq. After last week, the two countries now share another tragic link: just one day apart, both countries suffered terrorist attacks within the same twenty-four-hour period, both at the hands of the hard-line Daesh/Islamic State, whose control of eastern Syria and western Iraq is scrambling the borders that Picot once carved.

Last Thursday’s Beirut attack has been overshadowed, at least in the American and European media, by Friday’s even more deadly Paris attacks. Yet as the world mourns the victims of both attacks, there’s a risk that the lessons of the Beirut blasts—by far the worst since the beginning of the civil war in neighboring Syria—will go unheeded.

Just as the Paris attacks are changing the nature of the Western response to IS/Daesh, so should the Beirut attacks change the nature of Western engagement with Lebanon.

Lebanon’s resilience over the past four years is as impressive as it is surprising. It’s a modern miracle that Lebanon has so far avoided being dragged into the Syrian morass, and the Lebanese have accomplished it, more or less, on their own. Though its confessionally based politics are far from perfect, Lebanon since 1989 has become an oasis of consensus-based government and an aspirational democracy in what stubbornly remains a region of thugs, gangsters and autocrats. Moreover, the attack on Beirut reinforces the reality that the fight against global terrorism is more complicated than just “West” versus “East” or Christian against Muslim.

Gebran Bassil, Lebanon’s foreign minister, a Maronite Christian allied with Hezbollah, argued that the timing of the two attacks suggest they might even be linked, as he called for a concerted international response to the dual attacks at a weekend meeting in Vienna of foreign ministers.

“[The] nature of the two crimes and their timing, which is few days after the Russian airplane incident and ahead of today’s meeting, confirm that they are sending us a message that terrorism is capable of waging wars and coordinating systematic attacks at the same time wherever they want,” Bassil said on Saturday.

For centuries, there was no formal distinction between what is today Syria and the coastal region that is today’s Lebanon. An old joke asks: “What’s the best part of Syria?” The answer is Lebanon, with its sparkling Mediterranean coastline, two sets of mountain ranges and Beirut, its cosmopolitan and prosperous capital. Carved out of greater Syria by the French as an enclave for the region’s Maronite Christians, Syria’s presence looms large in the modern state of Lebanon. Syrian troops entered the country in 1976 as the Lebanese civil war began, and the Assad regime (both father’s and son’s) routinely interfered in internal Lebanese politics for decades. Syria’s shadowy role in the 2005 assassination of former prime minister Rafic Hariri sparked so much outrage that Syrian forces were obliged to withdraw from Lebanon, dividing the country into what settled as a nominally anti-Syrian “March 14” camp and a nominally pro-Syrian “March 8” camp.

When Syria’s civil war began, it wasn’t hard to believe that tiny Lebanon would be drawn into the fighting, and the war has indeed profoundly affected the country, most notably with a humanitarian crisis resulting from the influx of 1.12 million refugees, representing roughly a quarter of Lebanon’s 2011 population. But the Syrian war has also strained the Lebanese government, causing a political stalemate between the two major Lebanese coalitions. Since former president Michel Suleiman stepped down from his six-year term in May 2014, Lebanon’s parliament has tried and failed thirty-one times to select his successor, most recently last Tuesday. Prime Minister Tammam Salam’s caretaker government, which was supposed to last weeks or months at most, will mark its second anniversary in February 2016 and no sign of long-delayed parliamentary elections.

But Hezbollah’s insistence on joining the Syrian hostilities in favor of Syrian president Bashar al-Assad has also drawn blowback. Hezbollah, which holds enough political power to veto Lebanon’s government but not enough to form it, has drawn the ire of anti-Assad Sunni rebels and the Sunni radicals of Daesh/Islamic State, who have claimed responsibility for Thursday’s suicide bombings. The attackers chose Bourj al-Barajneh, a Shiite neighborhood in southern Beirut, precisely to send a message to Hezbollah. That’s a gross conflation of Hezbollah militants with everyday Shiites going about their lives, not unlike international news reports that blithely describe the neighborhood as a “Hezbollah stronghold.” Hezbollah was founded in 1985, as part of a growing movement among Lebanon’s Shiite population, which had been excluded from the dominant Sunni-Maronite power structure established with France’s help in the 1940s. Even today, as Lebanese politics awards the presidency to the Maronite community and the premiership to the Sunni community, Lebanon’s Shiites have to make do with the speakership of the country’s parliament. During the civil war, the Shiite population in southern Lebanon suffered under the yoke of Israeli military occupation, and even today, Lebanon’s Shiites are poorer than their Sunni and Maronite counterparts. Though it’s often described as a militant Iranian-funded bogeyman, Hezbollah is far more than a militia; it’s also an important political vehicle to advance the interests of the Shiite community. Hezbollah is also a community organization that funds and runs hospitals, schools and other vital institutions in southern Lebanon and the Shiite-dominated Beqaa Valley.

Hezbollah’s engagement in Syria, however, has made Lebanon fair game for retribution. The northern Sunni city of Tripoli has seen more than its fair share of violence in the last four years; IS/Daesh forces tried to take Arsal, a city on Lebanon’s Syrian border, in June 2014; and before Thursday’s blasts, the most audacious attacks in Beirut had been the December 2013 assassination of Lebanon’s former ambassador to the United States, Mohamad Chatah, a moderate Sunni figure, and a February 2014 bombing at an Iranian cultural center that killed eight people. So far, none of these attacks has become a catalyst for wider sectarian reprisals in Lebanon.

Lebanon’s continued stability relies on a political solution to the Syrian civil war. It’s of no use to Lebanon if French, American or Russian bombs destroy ISIS if there’s also a risk of ISIS 2.0 or 3.0 jeopardizing the Levant in five years or a decade’s time. Moreover, if any country in the region could put greater financial assistance to good use, it’s Lebanon. Though U.S. foreign aid to Lebanon has increased, the $156 million provided in fiscal year 2014 is far lessthan the $3.1 billion provided by the U.S. government to Lebanon’s far wealthier neighbor Israel. European governments, struggling to cope with the flow of Syrian refugees, may be in a position to lead the way. Federica Mogherini, the former Italian foreign minister and now the European Union’s high representative for foreign affairs, has issued urgent calls to assist Lebanon, and she travelled to Beirut last December to meet with its government.

“Lebanon is proving to be a rock in the Middle Eastern storm,” Mogherini told the United Nations General Assembly in September. “And despite its apparent fragility, despite increased external pressures of all kinds you are facing, the stability of Lebanon… gives hope to the whole region. The international community needs to make sure that this rock does not fall and it is not something that goes for granted.”

Since the 1980s, the bilateral U.S.-Lebanese relationship has been strained by Hezbollah’s prominence in Lebanon’s government and the country’s proximity to the Syrian and Iranian regimes. For the American public, Lebanon still conjures images of the October 1983 barracks bombing that killed 307 people, including 241 U.S. servicemen—and little else. Last week, in the Republican presidential debate, former Florida governor Jeb Bush even erroneously claimed that Lebanon’s Christians are at risk of beheading, which much have come as a shock to the millions of Lebanese Christians living under Lebanon’s relatively peaceful aegis.

Politically speaking, it’s a difficult sell for any American administration to provide funding that might wind up in Hezbollah’s hands. But the agreement between the United States and Iran on the Iranian nuclear energy program demonstrates that the two countries can work together when their national interests are aligned. In a world where the United States no longer depends on Middle Eastern oil, it makes little sense to tie its regional interests solely to the mast of Saudi Arabia, a corrupt and autocratic monarchy in partnership withradical Wahhabist clerics. The Obama administration has learned in Syria that, often, the choice is not between “good guys” and “bad guys”—instead, it’s between “bad” and the “really bad.” That didn’t stop the United States from making a deal with the Assad regime and with Russia to clear Syria of its chemical weapons in 2013. It also shouldn’t stop the United States from strengthening ties with Lebanon, given that Lebanon’s stability, especially in the aftermath of the assault on Beirut, is a regional priority for everyone.

NATIONAL INTERESTS
This is to remind all our readers to respect the community . Comments that contain personal attacks or inappropriate language will be removed.
For those who are new to this site please note that Ya Libnan is all about fixing Lebanon.We want our readers to come up with ideas that if implemented will make lebanon a better country.
Ya Libnan is a democratic venue that is open to anyone wishing to contribute any ideas to improve Lebanon. Our only wish is to maintain the civility of the discussions and that is why those who have not been able to abide by this rule have been banned from participating in this forum . We don’t want or expect anything from anyone …better lebanon is the only reward we seek. Help us get there!