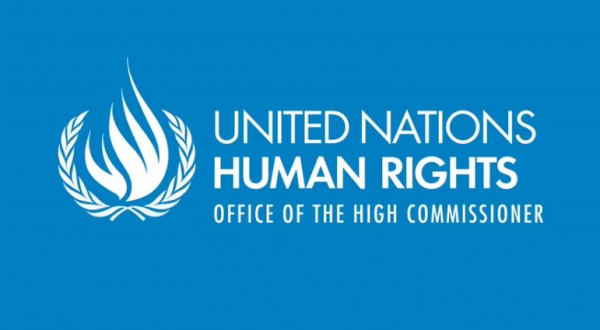 Saudi Arabia is pushing the U.N. General Assembly’s human rights committee to condemn Iranian and Russian intervention in Syria, a move that prompted complaints on Tuesday from the delegations of Iran and Syria.

The non-binding draft resolution, prepared by Saudi Arabia and co-sponsored by Qatar and other Arab nations, the United States, Britain, France and other Western powers, was presented during a meeting of the assembly’s Third Committee, which focuses on human rights.

The Syria resolution and similar declarations on Iran, North Korea and Myanmar are expected to be put to a vote as early as next week, diplomats said. The vote would therefore come after a ministerial meeting on Syria in Vienna of the United States, Russia and other major powers later this week.

Without explicitly naming Russia, the draft would have the committee saying the U.N. “strongly condemns all attacks against the Syrian moderate opposition and calls for their immediate cessation, given that such attacks benefit so-called ISIL (Daesh) and other terrorist groups, such as al Nusra Front.”

The language is aimed at Russia, which has been bombing opposition forces in Syria for over a month. Moscow says it is attacking Islamic State but Western officials say over 80 percent of its strikes hit other rebel forces, include Western-backed ones.

A Syrian delegate read a statement criticizing the resolution. He said Saudi Arabia and Qatar have no right to lecture anyone on human rights. He said the resolution was an attempt to “politicize” the human rights situation in Syria.

The Syria resolution would condemn the presence in Syria of “all foreign terrorist fighters … and foreign forces fighting on behalf of the Syrian regime, particularly the al Quds Brigades, the Islamic Revolutionary Guard Corps (of Iran) and militia groups, such as Hezbollah.”

The Iranian delegate complained about mention of Iran’s IRGC alongside “terrorist” groups. Iran-backed Hezbollah, based in Lebanon, has fought for years alongside Syrian government forces in the country’s civil war.

It would blast Islamic State and other Islamist militant groups for widespread rights abuses.

But most of the criticism in the draft is aimed at the government of Syrian President Bashar al-Assad, an ally of Russia and Iran whom Western and many Arab nations would like to see ousted. It voiced “grave concern at the disproportionate use of force by the Syrian authorities against its civilians.”