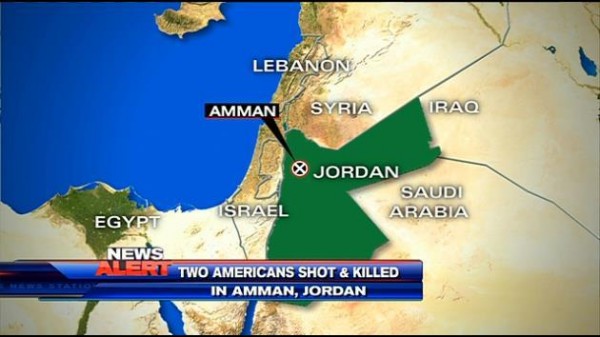 A Jordanian police officer shot and killed two Americans and a South African national on Monday at a US-funded facility for training Iraqi and Palestinian security forces, a Jordanian government spokesman said.

Security sources said the Jordanian went on a shooting spree at the facility in Muaqar on the eastern outskirts of the capital Amman before being shot and killed himself.

Jordan is a staunch US ally and part of the US-led coalition that is trying to defeat the Islamic State (IS) group in Syria and Iraq, both of which border Jordan.

The country hosts several hundred US trainers who are part of a military programme to bolster the kingdom’s defences, including the stationing of F16 fighter jets that use Jordanian airfields to hit Islamic State group positions in Syria.

But the kingdom’s role in the war against the IS group has caused disquiet among some Jordanians who are worried about instability at their borders and fearing that a stepped-up role in the campaign might lead to Islamist attacks in their country.

King Abdullah has said that ultra-hardline jihadists pose an existentialist threat to the kingdom.