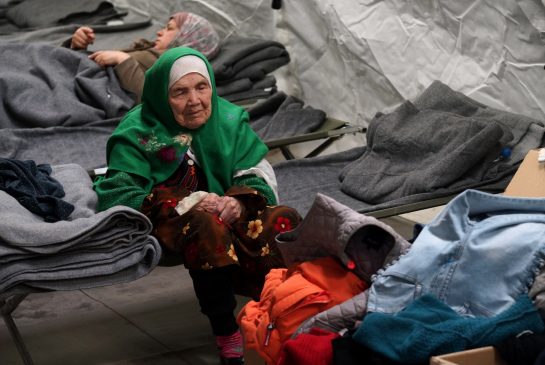 She is 105 years old but still dreams of a better life without wars and bombs.

Bibihal Uzbeki, from Kunduz, Afghanistan, is among tens of thousands who have traveled across continents, deserts and seas fleeing war and poverty to search for a happier, safer future in Europe.

Wrapped in a green scarf and a brown blanket, she was brought on a stretcher to Croatia’s main Opatovac refugee camp Monday after crossing in from Serbia with a large group of refugees, including her son and several other relatives.

Croatian police say they checked her documents and she is 105 years old. Her son also says that is her age, but it could not be independently verified.

The trek into Europe is dangerous and exhausting, even for refugees one-fifth her age.